After FBI files were released a few years ago about the beloved Whitney Houston; along with surprising claims of her former bodyguard, Kevin Ammons, rumors began swirling about an alleged lesbian relationship between Whitney Houston and her best friend. When Whitney passed away in 2012, details of FBI investigation into an extortion plot against Whitney were made public…and they are jaw-dropping. The highly-redacted FBI files; along with Ammons’s  and author, Ian Helperin’s, claims give insight into the type of stress that the beloved Whitney faced on the daily- a possible love life she had to keep hidden, a bodyguard who told the public her business, extortion attempts, the heavy demands of being a superstar. That’s enough to drive any person over the edge, just sayin.’

Both Whitney’s ex-bodyguard-turned author, Kevin Ammons (author of “Good Girl, Bad Girl), and author, Ian Helperin, claim that Houston was extorted so that details about her alleged lesbian affair with her best friend, Robyn Crawford, wouldn’t surface. According to Helperin’s book, “Whitney Houston & Bobbi Kristina: The Deadly Price of Fame,” on the eve of “The Bodyguard” movie premiere in 1992, a Chicago lawyer tried to extort Whitney for $250,000. The lawyer allegedly told an FBI agent that the details included “knowledge of intimate details regarding Whitney Houston’s romantic relationships and will go public with the information.” But Ammons claims Whitney’s dad then tried to do the unthinkable.

Kevin Ammons also made claims in his book that Whitney’s father, John Houston, tried to hire him to do harm to Robyn Crawford because he felt that she was causing too many problems for Whitney and their family. According to Helperin, Ammons also told him that John Houston thought Crawford would go public with her alleged relationship with Whitney:

“We’ve got to do something about that motherf-king b—h [Robyn Crawford]. She’s ruining my family and driving everybody nuts. She’s lost her grip on reality. I’ll pay you $6,000 if you put the fear of God in her,” Ammons quoted John Houston as saying.

Ammons says he turned down John’s offer, but was instructed by John to “keep an eye” on her [Robin Crawford].” There’s one other claim that was made.

FBI FILES SHOW SOMEONE DEMANDED A LOT OF $$$ FROM WHITNEY

Below is a redacted portion of the FBI files, which detail the early ’90s extortion attempt on Whitney Houston:

The FBI also included in Whitney’s file, an Executed Confidentiality Agreement which possibly means Whitney may have paid the money and the extortion plot was successful. 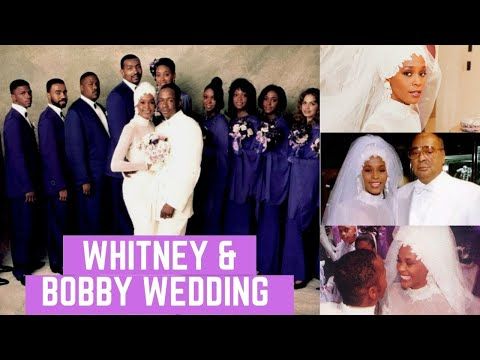 Whitney’s ex-bodyguard, Ammons, also claimed Robyn Crawford was furious about Whitney marrying Bobby Brown, claiming Robyn even tried to stop the wedding. According to Ammons, on Whitney and Bobby’s wedding day, Whitney surprised Robyn with a brand new Porsche so that Robyn -her maid of honor – would behave at the wedding.
Overall, we tip our hat to the late, great Whitney Houston, because through the incredible amount of pressures she was faced with she continued to fight through it, holding her head up high. Sometimes even when we fight a good fight, we can still come up short. Whitney proved that she was a warrior, regardless of her struggles. May Whitney and her beloved daughter she shared with Bobby – Bobbi Kristina Brown – continue to rest peacefully.
Source1, Source2, Source3