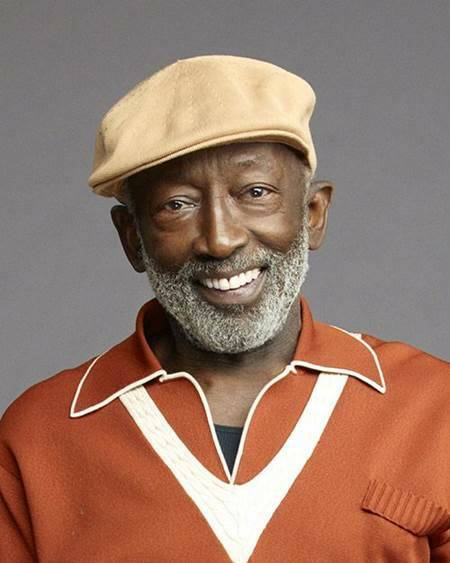 We’ve always loved watching ‘Stan’ on the 90’s “Martin” sitcom,  rockin’ his classic polyester bell bottoms and paisley printed shirts. It was comical watching the character boss ‘Martin’ around and go on dates with ‘Myra.’ What we didn’t like, was when ‘Stan’ suddenly disappeared from the show. According to actor, Garrett Morris, that was completely against his wishes and it took him by surprise, shortly after getting shot.

Garret Morris On Why He Got Shot

If you recall, Garret Morris was shot in 1994 at the age of 57, during a robbery attempt in Los Angeles, CA. He was on hiatus for a while,  during his recovery from serious injuries of his gunshot wounds. In an interview with Archive of American Television, Garrett said that the producers of Martin also kicked him the hardest while he was down.

Garrett Morris: “I was shot, some people tried to rob me. And had they known how to rob, which is simply come and say ‘I’m gonna shoot you so…give me your money,’ I would have done that. They came from behind and the young gentlemen uh…sometimes you just misjudge who you’re grabbing…and believe me I NOT saying this to brag…[so don’t] everybody come out and jump me, [but] I’m first degree black belt and at the time when he grabbed me, I was about 20 years younger…he wasn’t expecting me to do what I did.

There was one gang on one side of the street and one gang on the other side, all of whom were aware of my being on Martin. [Many] of them were saying ‘Hey Stan what’s happenin?’ [But] these two people happened not to know that. So when the guy grabbed me and I did what I did it embarrassed him…because I turned around ready to side kick him and he had a gun…and he shoots me and messes up my intestines, I had to have a colostomy for like eight months. And it winded up with me having to have about ten major operations because when I got to the hospital I was in a coma.”

On Why He Was Fired From “Martin” During That Time

Here’s where Garrett said things took a turn for the worst with Garrett’s role on Martin. According to him, the show’s producers gave him his walking papers while he was still recovering from surgeries and had a colostomy bag attached to himself:

GM: “That’s when the person who was producing ‘Martin’ decided to fire me…while I was actually in the hospital itself. It was [around the time of] my fourth major operation and I received a script that said “Stan sells the radio station and moves to China.” So I said to the makeup lady ‘Does that mean I’m out of the show?’ And she says ‘Garrett it looks like it to me.’ … For some strange reason, they decided to get rid of me then.

Garrett said although he was upset about getting fired, he felt too blessed to be stressed about it at that time and was simply grateful to be alive:

GM: “I had already gone through knowing that I had dodged a bullet. I could have been dead. So I was so overjoyed at being alive…that [the firing] was actually nothing. […] When bad stuff happens like that, you gotta figure out ‘what’s the best way to overcome it?’ And me being depressed at that time was not gonna do it. And I knew I’d been wronged, I knew that I had been mistreated and I could have not done it, I could’ve done what Della Reese did, which was she struck until they paid her the same money as the other lady. I could’ve done all of that, but my thing was ‘I don’t like you even, so I don’t want to even fight to be with you [the producers of Martin].”

The entertainment biz can be a cruel one at times and Garrett got a firsthand taste of that. The good news is that at 81 years young, he’s still able to follow his passion- acting, with various roles on television shows ad such. In fact, the brotha has only gotten better with time.