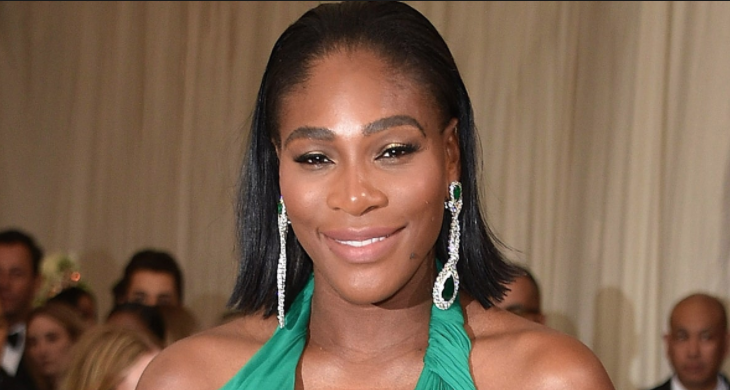 On Tuesday, September 28, just 27 days after giving birth, Serena showed off her thighs and waistline that looked just like the pre-baby Serena. She took to Instagram to share her sexy pic with the world. Although she didn’t caption her photo, a picture is worth a thousand words. Check out her post below…

Her Emotional Open Letter To Her Mom About Her Daughter


Aside from obviously wearing multiple hats of being a workout fanatic, a new mommy, and one of the greatest athletes of all time, Serena isn’t forgetting to reflect on the lessons she’s learning from motherhood. She recently shared a very cool, yet vulnerable online message to her Mother, laying out her greatest public ridiculing and fears for her new baby girl. Along with her message, was a side by side photo of herself and her baby girl and here’s part of what she said (also read her full message in the screenshot image below):

You are one of the strongest women I know. I was looking at my daughter (OMG, yes, I have a daughter 😳) and she has my arms and legs! My exact same strong, muscular, powerful, sensational arms and body. I don’t know how I would react if she has to go through what I’ve gone through since I was a 15 year old and even to this day. I’ve been called man because I appeared outwardly strong. It has been said that that I use drugs […] It has been said I don’t belong in Women’s sports — that I belong in Men’s — because I look stronger than many other women do. (No, I just work hard and I was born with this badass body and proud of it)…” 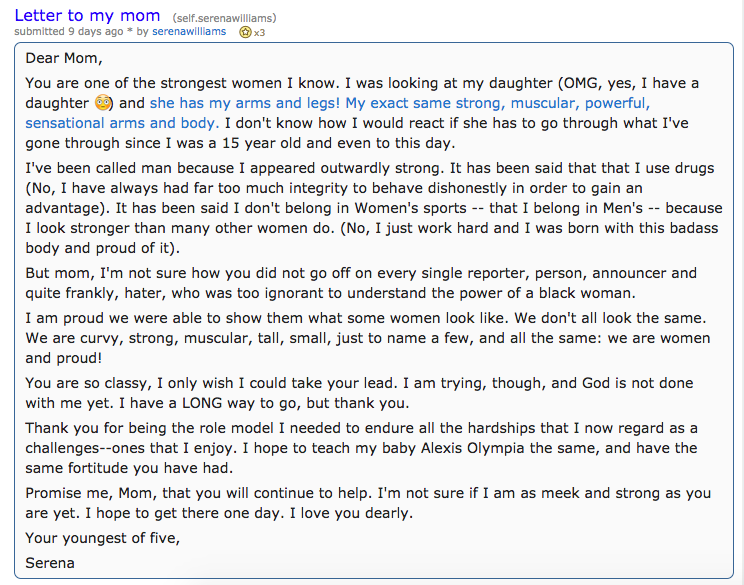 Serena is making her parents proud. Also pretty sure that she makes the Old School greats who came before her, like Leslie Allen, Katrina Adams, and -if she were still here- the late, Althea Gibson, proud as well.
LOAD COMMENTS