Her Mother’s career spanned over 6 decades and her mom’s an entertainer of many talents. Throughout her career, she was known as an avid civil rights activist, who has stirred up controversy over the years for being so outspoken about racial, social and gender injustices.

ILOSM fam’ this is a tough one that will probably surprise you.

Yep, you’re seeing this correctly, this woman’s mother is the one and only Eartha Kitt a.k.a. the baddest ‘Catwoman’ to have ever graced the acting world! 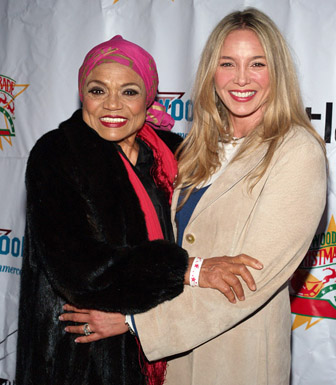 Told you this one was going to be a tough guess because Eartha and her daughter, 53 year old Kitt (McDonald) Shapiro (that’s right, her daughter’s first name is Eartha’s last name…that’s cool isn’t it?), couldn’t be more opposite when it comes to physical appearance: Eartha was petite and African American; Her daughter, Kitt, is obviously half African American as well, but her skin complexion, hair texture, and height takes after her father, John William McDonald, who is White (German/Irish). Her father was an associate of a real estate investment company and he and Eartha were married from 1960 to 1965.

One thing is for absolute certain though, Kitt and Eartha were beyond close, they were practically joined at the hip for all of Kitt’s life and she always expresses the deep, unconditional love she and her mother shared. Here is what Kitt told ‘MyFoxLA’ about she and her Mother’s relationship:

“In public, people would try to figure out who and what we were to each other.”

“In private, I faced the typical challenges of being a daughter, along with the complications of race and celebrity that came with having Eartha Kitt for my mother.”

“By the time I was born, my mother was famous. Yet even with all she had experienced, despite everything that had happened to her, I was the first person she really felt connected to. She didn’t even have to think about my name. It was going to be ‘Kitt’ whether I was a boy or a girl.”
“She’d introduce us by saying “I’m Eartha, she’s Kitt.” She felt I completed her. And when I was very young, I would tell her I’d chosen her out of all the other mommies to be mine.”

“I traveled the world with my mother, going wherever her work took us, while my father stayed home. My parents got divorced when I was five. It was unspoken, but I think he knew it was hard for me to see him without my feeling like I was betraying my mother.”

“My mother was determined not to raise a spoiled brat,” insisting on “good manners, good citizenship” – and good intentions. One day “I’d be at a five star hotel in Hong Kong” and the next “at my mother’s foundation in Watts where she worked with ‘at-risk’ kids.” 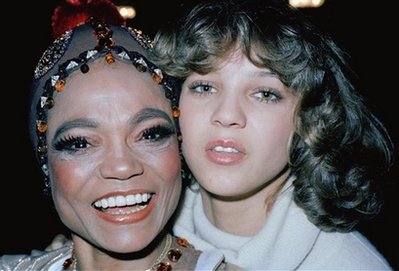 “As I got older our roles reversed. I felt I had to protect her, especially after the fallout over her outspokenness against the war in Vietnam.”

Throughout, as the single fixed point in the kaleidoscope of Eartha’s long life and career, Shapiro “was everything and everyone to her.”

“The greatest gift my mother gave me was knowing she always loved me. All the more remarkable since love was something she never had as a child.”

“The two sides of my upbringing, thestardust and the down to earth, reflected the two sides of my mother: the diva, and the real-life ‘Beverly Hillbilly’ who kept a chicken coop and vegetable garden behind our fancy house.”

Kitt also said this about the day she was at her mother’s side when she died:

“I was with her when she died. She left this world literally screaming at the top of her lungs. I was with her constantly, she lived not even 3 miles from my house, we were together practically everyday. She was home for the last few weeks when the doctor told us there was nothing they could do anymore.

Up until the last two days, she was still moving around. The doctor told us she will leave very quickly and her body will just start to shutdown. But when she left, she left the world with a bang, she left it how she lived it. She screamed her way out of here, literally. I truly believe her survival instincts were so part of her DNA that she was not going to go quietly or willingly. It was just the two of us hanging out [during the last days] she was very funny. We didn’t have to [talk] because I always knew how she felt about me. I was the love of her life, so the last part of her life we didn’t have to have these heart to heart talks. 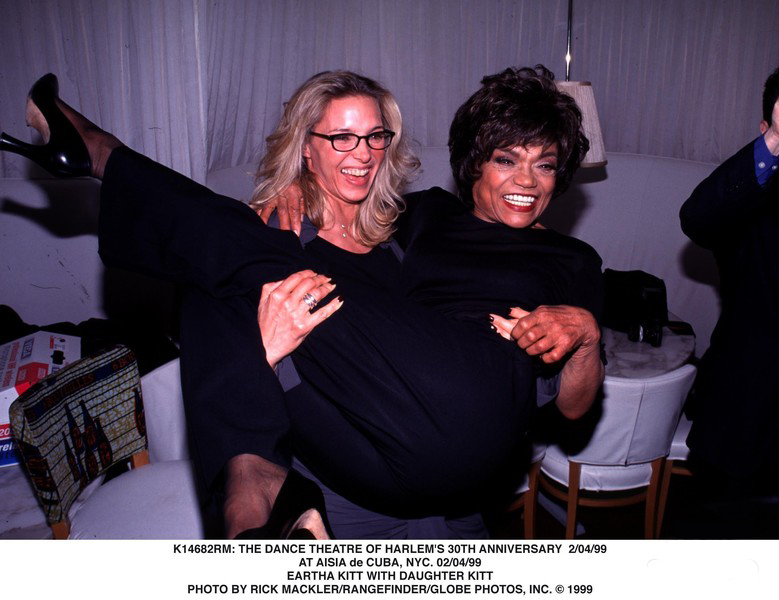 She started to see people that weren’t there. She thought I could see them too, but, of course, I couldn’t. I would make fun of her like, ‘I’m going to go in the other room and you stay here and talk to your friends.'”

My mother…died on Christmas Day, 2008. Sad as I was, I felt blessed. There was nothing left unsaid or undone. There were no regrets.

That is a beautiful bond that Eartha and her daughter, Kitt, shared. It sounds like Eartha died the in best way possible: fearless and with the purest form of love sitting right by her side, helping her peacefully make her final grand exit. It reminds me of a quote I heard once:

“Everyone’s life ends the same way. It is only the details of how they lived and how they died that distinguish one person from another.”
-ILoveOldSchoolMusic, Old School news with a new point of view