Her LEGENDARY Dad Had Moves & She’s A Stylist To MANY Stars, See Who!

This young lady has made a major name for herself as a stylist to some of the BIGGEST stars in the music game, but her legendary father is from the Old School era and he made a HUGE name for himself also. He’s a man of many trades and if you’re old school, you know him very well…his daughter actually looks a lot like him. Here’s one more hint below…

SHE'S THE DAUGHTER OF GREGORY HINES! 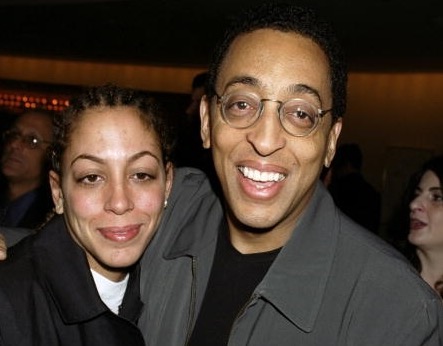 Her name is Daria Hines and she's the daughter of dancer/singer/actor Gregory Hines! Sadly, Hines passed away at the age of 57 in 2003, while in route to the hospital and the cause of his death was liver cancer. But his legacy has continued to live on through his work in movies like "Waiting To Exhale," "The Cotton Club," "Running Scared," and others, as through his work as a dancer who keept the art of tap alive in the mainstream well into to 90's. Gregory would be so proud of his daughter, Daria (46), because like we mentioned earlier,  she's a very successful stylist to some of THE biggest R&B and pop singers in the music game. She's also happily married with three children of her own... SEE DARIA HINE'S HUSBAND AND HER SUPERSTAR CLIENTS>>>