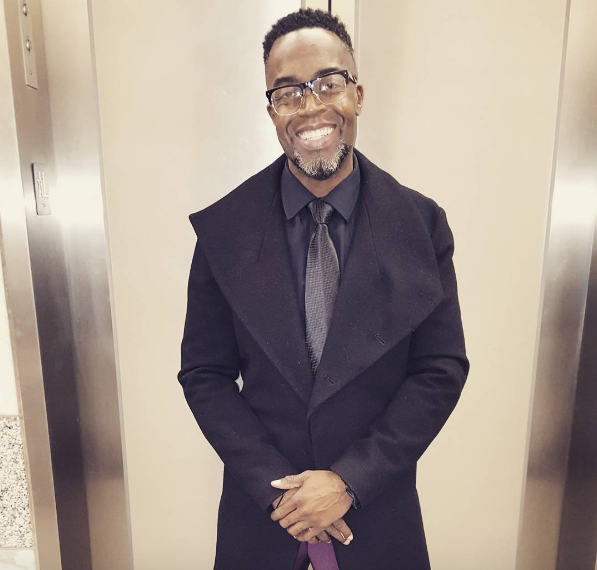 Remember when Guy had us rockin’ to hits like Groove me” and “Piece Of My Love” back in the day? Well it’s ironic that THAT is exactly what ladies now want Guy’s Damion “Crazy Legs” Hall’s adult son to do to them. Ever since Damion’s son became a man and hit the ‘net, he’s been giving ladies a piece of his love with a flurry of not-suitable-for-work photo that’ll make a church lady clutch her pearls.

But hold up…before we get to Damion’s son, let’s give Damion props for keeping his health up and staying in shape at 50. Okay family, now check out his son… 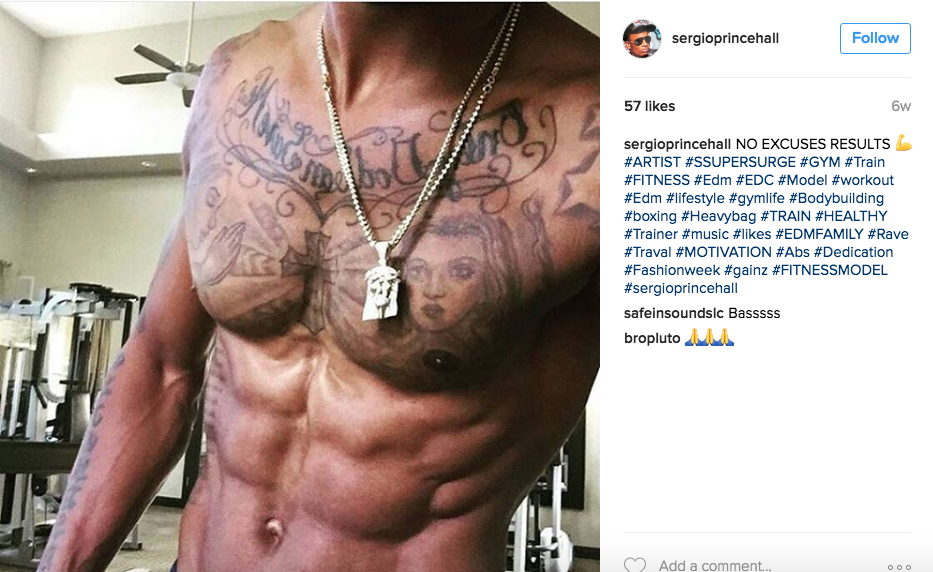 Above is a photo Damion Hall’s 31 year old son, Sergio Prince Hall, posted on social media. Okay ladies, we know that’s  just a tease, you can see all of Sergio (including his face, LOL) below… 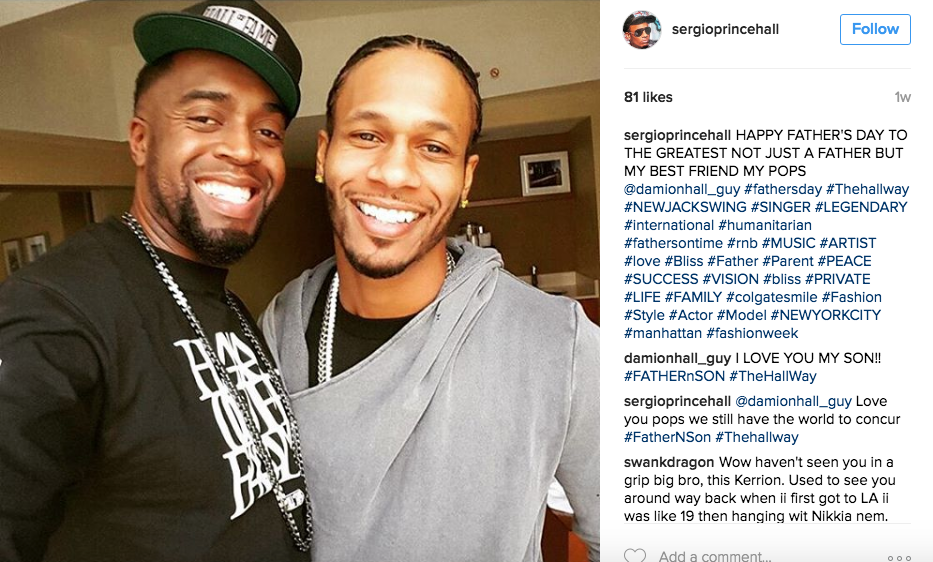 Hall and his son, Sergio are really close and honestly, Hall looks more like his brother than his Pops. Sergio is a model and he also has a few other things he does on the side- he is somehow involved in music (although we’re not sure to what capacity) and he works out often at Floyd Mayweather’s gym. THERE’S MORE>>>

SERGIO HALL PROVES HIS UNC’ & DADDY STILL GOT IT!

And of course we couldn’t talk about Sergio’s uncle Aaron, without talking about some of his most controversial moments that would put some of the most revered reality show stars to shame. You see, the controversy surrounding Aaron didn’t really surface until more recent years. During a 2014 DJVlad interview, Aaron shared some personal details about his life that caught many fans by surprise. Since what he said is too vulgar to repeat here, we’ll sum it up for you:

1. Aaron Hall publicly revealed that he literally took his baby momma/model, Gloria Velez, off the arm of 2 Live Crew’s, Luke Skywalker, in a club and had sex with her on the first night.

2. He also said many celebs have been in the room while he was having sex with females back in the day, including Puffy and Jodeci.

3. Aaron made it no secret throughout the years that he did not like his fellow Guy member, Teddy Riley, even calling him a “square nig&a.” Fortunately Teddy and Aaron squashed their beef.