ILOSM family, today the thirst is real. We just caught wind of a charity video actor/musician, Idris Elba, posted on Tuesday (1-10-17) and we couldn’t help but notice that most of the 25+ THOUSAND comments women are leaving him are sexual, thirsty, and hilarious at the same time. It’s all in good fun though.

*SCROLL DOWN TO SEE THE VIDEO & COMMENTS* 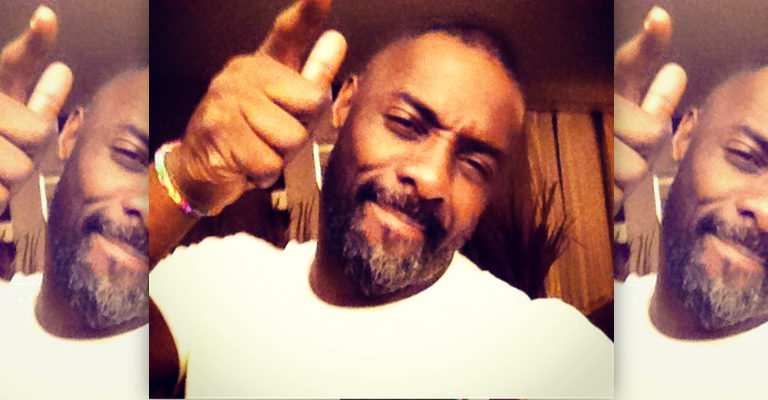 Idris’ female fans are responding to a video message he left for them on Facebook. He turned his sex symbol appeal into a comical Valentines’ Day date proposition, by asking the ladies to be his Valentine for a great charity cause that will include going on a romantic candlelit date with him, to support W.E. Can Lead’s charity to educate young girls in Africa.

In the video, Idris played on his African roots (he was raised Britain, but he is actually half Ghanaian and half Sierra Leonean) by suggesting their romantic dinner will include a popular African dish called fufu and also yams, then asking the ladies to ‘pound his yams’ (as in food). As you can imagine, women are flipping out in his comment section and have mostly skipped over the fact that it’s all to support young girls in Africa. They instead just jumped right to the ‘pound his yams’ part and left sexual comments about what they would do to him instead, LOL.
Watch Idris’ charity video and then check out some the sex propositions the ladies are leaving him below… 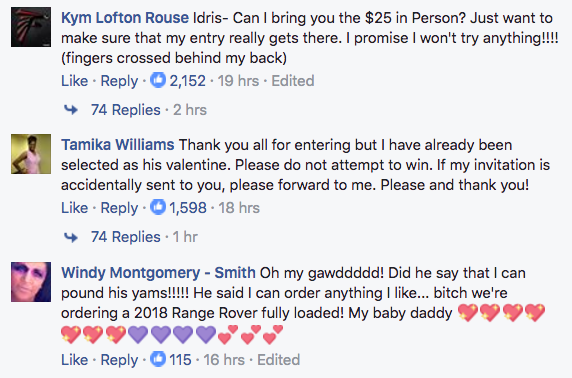 One woman even quoted soul singer, Shirley Brown’s “Woman To Woman” lyrics to give a message to all of the other ladies that Idris is her’s, LOL: Like we said, the thirst was real, but it was all in good fun. Big ups to Idris Elba for bringing awareness to a much needed cause.