Ike Turner Tried To Convince Chaka Khan To Do WHAT?!!! 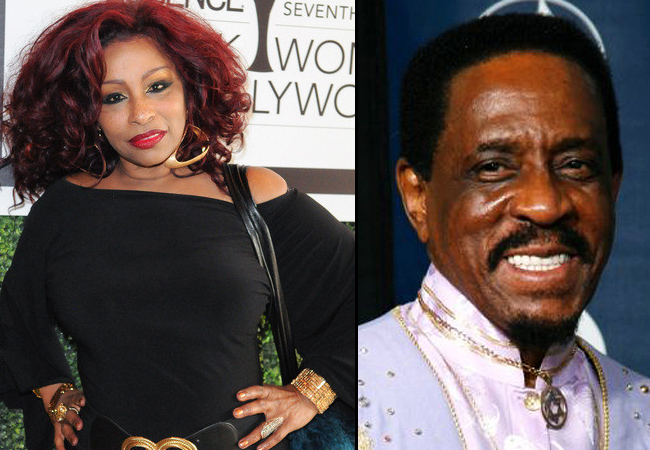 Chaka Khan revealed in her book, Through The Fire, that Ike Turner had tried to seriously sway her into taking an offer that I’m sure we’re all happy she declined. Here’s what Chaka said:

[quote_box_center]“He [Ike] flew us [Rufus ft. Chaka Khan) to L.A. and put us up at the Hollywood’s ‘Jet Motel,’ and said he wanted us to record in his studio. As it turned out, what Ike really wanted was for me to become an Ikette. I was like ‘HELL NO!’ Ike had his brilliance but he was insane back then.”[/quote_box_center]

Chaka is a wise woman and that “hell no” response was hilarious…LOL. We respect Mr. Turner for all that he contributed to soul music, he was one talented dude, but after seeing “What’s Love Got To Do With It” we ALL know that probably would have been a disaster for Chaka. On the flip side, Chaka ain’t no joke either! Remember our story on the time Chaka recalled shooting multiple times at her then-husband, while she was 8 months pregnant, after he allegedly hit her? Guess he learned his lesson that day. So you can see how Chaka becoming an ‘Ikette’ would have been a masterpiece of DESTRUCTION just waiting to happen.

Speaking of Chaka, take a trip back down memory lane with us ILOSM family! Check out this 1974 performance of Rufus ft. Chaka Khan- “Tell Me Something Good”