Remember the Good Times episode when “Thelma” was about to move to Nigeria, Africa and marry her African boyfriend, “Ibe,” (this was in the pre Ebay era, but his name is pronounced the same way)? At first “Florida” was NOT a happy camper about her daughter moving so far away with a man whose culture was totally different from what they knew, but after “Willona” made her realize she was being a lil’ selfish, she gave in and opened up her heart to the situation. 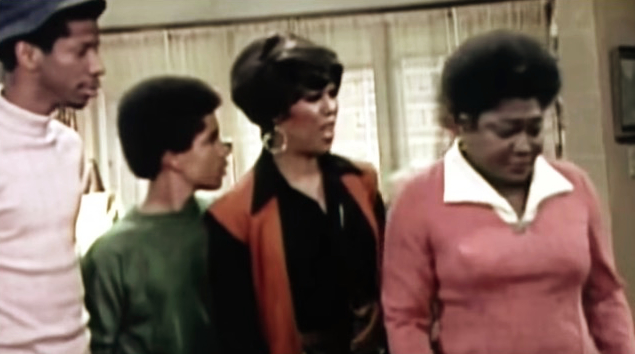 That was until “Thelma’s” fairytale love story came crashing down faster than we could say “dyn-o-mite!” Anyways, “Thelma” called off the wedding to “Ibe” after he couldn’t promise her that he wouldn’t follow his country’s tradition of making “Thelma” the first of several more wives to come.

Now that we’ve taken that trip down memory lane, let us fill you in on a few very interesting things we’ve learned about what actor, Johnny Sekka a.k.a. “Ibe” actually endured and survived in his real life. 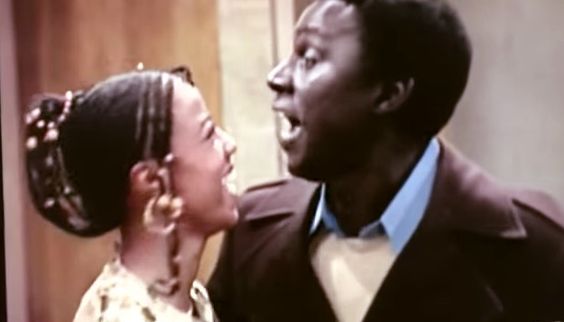 Sadly, Sekka quietly passed away in 2006 at the age of 72 from lung cancer. His death barely was noticed by many because by that time, the mainstream media simply didn’t give him much recognition, unfortunately. Sekka was survived by his wife, Cecilia, and their son, Lamine.

When Sekka was much younger, he actually ran away from his home in Gambia, West Africa. After his mother sent him from his original homeland of Dakar, Senegal to live with his aunt and uncle in a nearby African country called Gambia, Sekka eventually ran away from his aunt’s home and became a homeless teenager living on the streets of the capital, Banjul, Gambia.

For a brief time during The Second World War, Sekka was an interpreter for the American air base in Dakar, Senegal. He then worked on a shipping dock. Seeing that he had nothing to lose by escaping his current situation and going after a better life, he decided to run away from his country to a land of more opportunity. So he came up with a master plan to smuggle himself into Marseilles, France. At the age of 20, he was a stow away at the bottom of one of the ships that was leaving the dock where he worked, and he hid there until the ship made it to Marseilles, France. His journey was successful and he was never caught by authorities. Sekka then made his way to Paris, France and settled there for three years.

He moved to London, England in the early 1950’s, joined the Royal Air Force for a couple years, then pursued his acting career and had success in various stage plays. His film career kicked off around 1958 and he was dubbed as the British version of Sidney Portier.

Although he was getting accolades in the European film industry, he was annoyed that he wasn’t seeing the type of success and recognition as his other European counterparts, such as Sean Connery and Michael Cain. So once again, Sekka moved to another country for greater opportunity- the United States- and that’s when we saw him in Uptown Saturday Night and few other films, and ultimately on Good Times as “Ibe.”

Sekka ran into a few pitfalls with his American career though…for example, he wanted to star in the 1976 mini-series, Roots. He had the right look, but the wrong accent. The producers told him that he was not convincing enough to play an American role. But Sekka did land a small part on Roots: The Next Generation as an African interpreter, which is exactly what his real life job was before the world ever came to know him as “Ibe.”  See how life comes full circle?

According to Sekka’s obituary, it was his friend, Sidney Poitier- the man whom his British fans dubbed him after before he’d ever met him- who ‘secured him parts in Warm December (1972) and Uptown Saturday Night (1974), and he was [also] in Ashanti (1979). His last role was as Dr Benjamin Kyle in the pilot for the sci-fi series Babylon 5 in 1993.’

After the early 90’s, Sekka’s continuous health problems forced him into permanent retirement from acting. He died peacefully on his ranch in Agua Dulce, California in 2006.

Johnny Sekka’s life is a perfect example of when hard work, drive, and preparation meets opportunity. Just when you think that whatever you’re trying to accomplish is too hard to attain, remember that there is always someone out there who has attained it already and may have come had to overcome much harder conditions that your’s.