“Can We Talk” singer, Tevin Campbell, is another celeb who’s expressed his views on gospel singer, Kim Burrell’s recently viral ‘perverted homosexual’ sermon video. She’s been catching a lot of flack over it and now Tevin has loudly and proudly given some strong messages regarding her statements. Let’s just say that he ain’t happy about this one bit…

DO U AGREE OR DISAGREE WITH TEVIN CAMPBELL'S TWEETS? 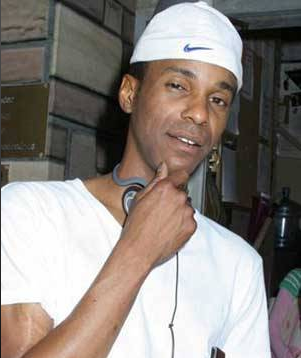 In response to Kim Burrell's reference of homosexual people being 'sin stricken' individuals who will 'be punished by God' for performing "perverted" acts, Tevin Campbell posted a series of tweets with potent messages:

Tevin referenced the Leviticus Bible scriptures because it not only states that homosexuals should be punished- which is what Kim Burrell referenced in her sermon- but as noted on BibleHub, Leviticus also states that many other people should be punished as well, including people who: Eat or touch the carcass of any seafood that lacks fins and scales, such as shellfish, shrimp, catfish, lobster, etc; Eat the fat of an animal; Cut their hair on the sides; Mix fabrics in clothing; Shave their beards; Sleep with another man’s slave, etc.

Because of Kim Burrell's homophobic comments, it's appropriate to remind the black church of this. pic.twitter.com/Dfi05xPO9w

In light of this whole Kim Burrell situation, this is @edeweysmith speaking on homophobia. pic.twitter.com/Qg6zdxdLMR — CiCi Adams (@CiCiAdams_) December 31, 2016

AND RANDOM PRINCE RETWEET Not sure what this one meant, but Tevin tweeted this at the same time as his other anti-homosexual bashing tweets...