Back in November of 2008, CBS46.com reported that James Brown Son In Law was murdered was shot to death in the garage of his Buckhead home. Relatives of the victim told the news outlet that they believe the killing was a planned hit. 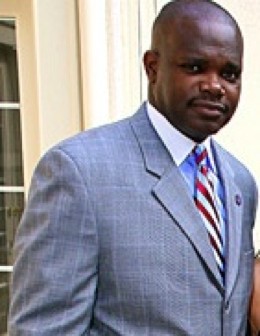 [quote_box_center]“When he drove up to park his car in the garage, he was confronted. An altercation of some sort took place. That’s when the victim was shot multiple times,” said Atlanta police Officer Eric Schwartz. Darren “Chip” Lumar lived in a gated community which prompted authorities to believe that “somebody knew him.”

Eyewitnesses said that after the gunman shot Lumar, the perpetrator was side-stepping away, as if he was looking to see if anyone was watching him. He then rounded a corner, possibly jumping a fence and then got into a car that was waiting for him.

Lumar – struck with bullets, but still alive – then got into a car and drove four miles to Northside Hospital where he eventually passed away. Lumar was married to James Brown’s daughter, Yamma Brown Lumar, who had recently divorced him. Sources close to the family and the case told CBS 46 that when Lumar arrived at the hospital, he had $4,000 in cash in his pocket.
As of yet, police said that they have not made any arrests and don’t have a motive.[/quote_box_center]
(Source)