Janet Once Revealed What She Most Loved Sexually About Her Ex, Jermaine Dupri

Throughout the years, Janet Jackson’s had a few public relationships…some lasting longer than others. Her last known public union was with her billionaire ex-husband and father of her son, Wissam El Mana. However, their lightening speed post-baby split in 2017 – shortly after son, Eissa, was born – pretty much put the nail in the coffin as far as their marriage.

That brings us back to a time when we saw Janet truly happy in her relationship – the time that she was with her then long-term boyfriend/SoSo Def music mogul, Jermaine Dupri. They dated for nine years, before finally saying ‘peace out‘ to each other in 2009.

When news first broke that Jermaine had actually pulled Janet, he gave many men across the world hope that maybe one day they could shoot their shot at Janet too. Of course that was not the case, but it was cool to dream. Anyways, we wanted to share with y’all what Janet once shared in her 2006 Essence Magazine interview, regarding what she loved about having sex with Jermaine. Simply put, Janet revealed a lot about her very high sexual drive that most men couldn’t keep up with…daaaaamn. Here’s what was reported via PopSugar:

Janet Jackson confesses she enjoyed sex more than her lovers did – until she met Jermaine Dupri. “I feel like I finally met my match,” she tells Essence magazine. “In relationships it was always the guy telling me, ‘OK, hold on, wait a minute.’ I’d ask my girlfriends, ‘Aren’t we supposed to be the ones who say, ‘Wait, not tonight, I have a headache’? This happened through two [marriages] for me. I thought something’s not right here. But with Jermaine I don’t have to say anything; he knows I’m ready. Any time, any place.”

Okay Janet, that “Anytime, Anyplace” reference was on point, we see what you did there. Now, sure Janet’s revelation that she likes to get it in all day, errday may be a little TMI (too much information) for some. But I think it’s also pretty cool that they loved each other so much, that Janet felt comfortable enough – maybe even too comfortable – to talk about her man in that way.

I also think now that Janet is single, maybe Jermaine should try to get ‘his woman’ back again. Hell, he might as well…especially after making a lifetime commitment to Janet by putting that big tattoo of her face on his ribs…

And besides, Janet’s and Jermaine Dupri’s relationship was a win-win for both of them. Janet was with a man whom she said (in a prior interview) made her ‘truly feel beautiful from the inside out.’ And Jermaine Dupri actually got to date the sister of the icon he imitated when he was that jheri-curl-rockin,’ pop-locking kid wearing the Michael Jackson inspired jacket in Whodini’s “Friends” video back in the day… 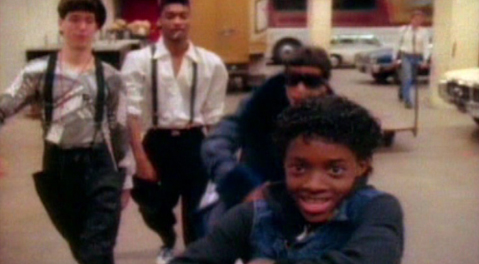 There HAS to still be some love left there. Don’t you agree?