So with all this talk about the lovely Janet Jackson and her baby in the oven, we were over here wondering what her ex-husband of 9 years, Rene’ Elizondo was up to, since Janet has long ago moved on with her life. What we found was pretty interesting, but before we get into that we’ll do a quick recap of Rene’s and Janet’s history, and then tell you how the brotha’s new wife and how he’s earning a living these days… 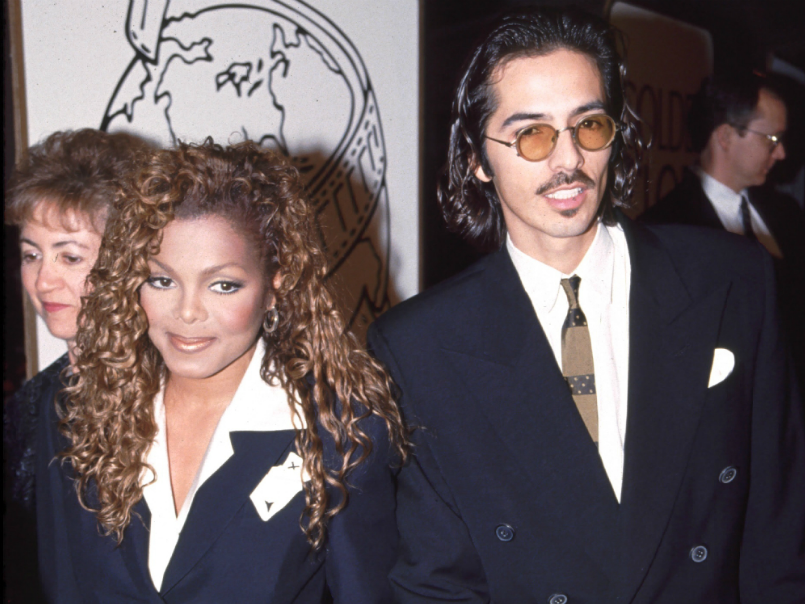 - Janet and Rene' were together since the 80's, the public thought they were just dating for many years, until their 2000 divorce happened and cost Janet a whole lotta coins in spousal support.
- Rene' and Janet were together for a total of 14 years ad he co-wrote 37 of her songs, including hits like, "Come Back To Me," "That's the Way Love Goes," "Together Again," "Rhythm Nation," and "Black Cat."
- Bobby Brown revealed in his recent book, "every Little Step: My Story," that Janet cheated on Rene' with him back in the day and also broke his heart like no other woman had EVER broke him before.
- Rene' said he would NEVER write a tell-all book about his time with Janet because he had too much love for her to ever do that. Rene' once told Jet Magazine this about writing a tell-all: "Never, never, never," he stressed. "I never respected people who do that."