Jennifer Hudson and David Otunga’s split has lots of fans scratching their heads. Initially, fans felt sorry for the singer when she filed a protective order against the WWE professional wrestler, but as details have been made public more people are giving her the side eye. First, she voluntarily dropped the protective order and now she’s giving David Otunga a two-week deadline to get out of her house with their son. Does that seem a bit cold? To many fans it does, but here are the details.

According to court documents obtained by The Blast, Jennifer is allowing David to enter the home to pack his and their son’s belongings. He is only allowed to have three people assist him with moving things out of the home and he has until December 11 to do so. Since Jennifer is the sole owner of the home, the judge awarded the singer exclusive possession of the property. It has been reported that David and his son already have a new home. So, it’s probably safe to say he’ll have everything moved before the deadline. But despite the court documents and what appears to be basic protocol, fans aren’t pleased with the way Jennifer Hudson has handled the whole situation. 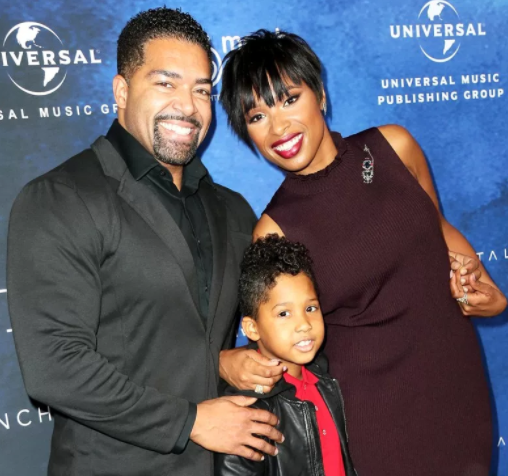 With all that’s happened between Jennifer Hudson and David Otunga, fans have been dragging the singer all over social media. Although fans normally side with celebrity women during break-ups, this time around fans are sympathizing with David. Many have taken to Twitter with their take on Jennifer and David’s situation and since she voluntarily dropped the protective order against her ex, fans are giving her the side eye. Her decision has fans wondering if David was ever really abusive. Since it was revealed that he’s been their son’s primary caretaker since he was born, fans are slamming Jennifer Hudson.

David is now seen as the man who took care of his son and stuck by Jennifer during the most devastating period of her life when she lost her family members in a triple shooting. Now, she’s seen as the ungrateful woman who cheated on a loyal man. Since reports surfaced about her giving him and her son a deadline to get out of her house, she’s being dragged to hell. The comments have been absolutely relentless.

Check out some of the tweets:

if it’s true, I can’t look at Jennifer Hudson or Mali Music the same 😪

For as perfect as a lot of you make Beyonce out to be. Jay Z still cheated on her. David Otunga was with Jennifer Hudson through all of her body dysmorphia shit and supported her, she cheated on him. The fuck is this world?

David Otunga has been granted temporary primary custody of their son, David Jr.