Jermaine Jackson Is MAD With MJ’s Estate Over Their House, See Why 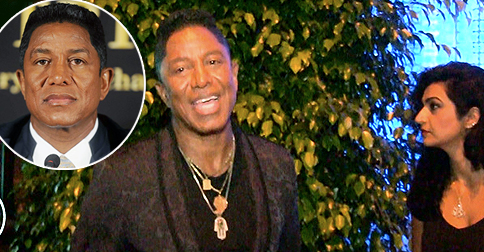 Jermaine Jackson is not a happy camper whatsoever right now. In fact he is pissed off to the highest level, regarding his family’s former home.

Let’s first acknowledge this: Overall, Jermaine and his kids don’t seem to typically get whet they want with these Jackson properties. If you recall, back in May we filled y’all in on a report that Jermaine’s kids were about to get evicted from their home. Although we do think there’s a whole lot more to that story that we just don’t know.

Fast forward to today, and the overseers of Michael Jackson’s estate are probably about to turn Jermaine’s childhood home into a tourist attraction like Elvis Presley’s ‘Graceland’ home and Jermaine just think that’s foul. See the details below and tell us if you agree with him on this one…

Via TMZ: Michael Jackson fans hoping to visit his legendary family home in Encino, CA might not get their wish … if Jermaine Jackson has his way.

Jermaine told our photog he’s dead set against the idea of turning the home — where MJ recorded some of his biggest hits — into a tourist attraction … something Michael’s Estate is considering doing.

The bad news for Jermaine is he has no say in the matter — still, he explained why he thinks it’s a bad idea … even for people NOT named Jackson.

[/quote_box_center]
Just like they said, Jermaine is pretty much beating a dead horse because he can’t make ANY calls about that home, no matter if he likes it or not. So all he’ll be doing as this process carries on, is pitching a fit from the sideline.