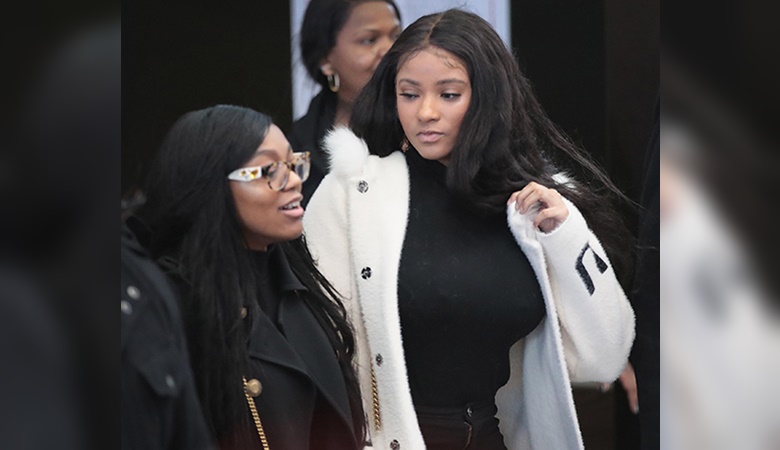 We’re probably all at the point now, where we want this trial to do what it’s gonna do. There are so many twists and turns, people are lying, folks are panicking. It’s ridiculous.

This time, it’s some folk who are very close to Joycelyn Savage. Her friends say that Joycelyn confided some very important information about R. Kelly. Here’s what they revealed to TheBlast:

R. Kelly‘s girlfriend, Joycelyn Savage, confided in friends that the singer sexually assaulted her during their very first encounter, and now those friends have told the story to federal investigators.

Sources very close to the ongoing federal investigation into R. Kelly tell The Blast Joycelyn Savage was flown out to Tulsa, Oklahoma for a meeting with Kelly in 2015.

She was an adult at the time, but was an aspiring singer and was offered a chance to perform for the R&B star during a private meetup. We’re told Kelly’s ex-employee, Cheryl Mack, arranged the flight for Savage out to Oklahoma on the singer’s dime.

In The Hotel Room

We’re told once in Oklahoma, Joycelyn met with Kelly in a hotel room and sang for him. She was also told to disrobe down to her underwear and walk around the room for Kelly, who eventually made a move on the girl.

We’re told Savage later confided in at least two friends, including her voice coach and the woman’s son, that Kelly forced her onto the bed and sexually assaulted her, but she did not want to go to the authorities about the situation.

The voice coach and her son ended up telling Joycelyn’s family about the incident, and an intervention was staged to try and convince the girl to stop interacting with Kelly. However, it did not work and Joycelyn soon took off to be with the singer full time.

We’re told the two friends met with federal investigators this week and provided evidence regarding the interaction with Joycelyn. One of those pieces of evidence is an audio recording of a phone call between Joycelyn and the voice coach where the young girl describes the control Kelly has taken over her life. The voice coach is also in possession of a three way call between herself, Joycelyn and Kelly where the singer critiques the girl’s voice and discusses her future career.

The Savage Family Has Receipts

We’re told the Savage family has provided copies of the plane tickets allegedly purchased by Cheryl Mack to the investigating team. As we reported, federal investigators are targeting Kelly’s circle of enablers, as well as the singer himself.

During his interview with Gayle King, Kelly claimed he did not take advantage of Joycelyn by pretending to nurture her as a singer, but explained they met because she was a fan.

As for the alleged sexual assault, we’re told Joycelyn’s family wanted to press criminal charges with law enforcement in Tulsa, but because Joycelyn was the only witness, and she made it clear she would not cooperate, they were unable to pursue criminal action.

Joycelyn spoke with her parents recently on the phone, but once again the family believes Kelly was controlling that conversation from behind the scenes.

Her parents are hopeful for a face to face meeting with their daughter soon, but also believe the evidence and eyewitness testimony from their daughter’s voice coach, and her son, will help strengthen the case being built by officials and result in a criminal indictment.