Did Justin Bieber REALLY Just Disrespect Prince Like THAT?!!!

Update: Justin Bieber’s camp is now saying that this offensive Prince comment that was posted under Justin Bieber’s Instagram name is “fake”…hmmmm…See the original story below…
***********
Justin Bieber done did it now! We’re a little late with this, but we still think it’s worth talking about because what Bieber allegedly said is unbelievable. He made plenty of folks angry on social media when he made a harsh comment about Prince on the day that he passed away. After further researching what Bieber could have meant by his Prince comment, it’s still inconclusive, but one thing’s for sure- it was offensive to Prince. Here’s how it all came about according to NYDailyNews:

BIEBER SAYS PRINCE IS NOT THE LAST WHAT?!! 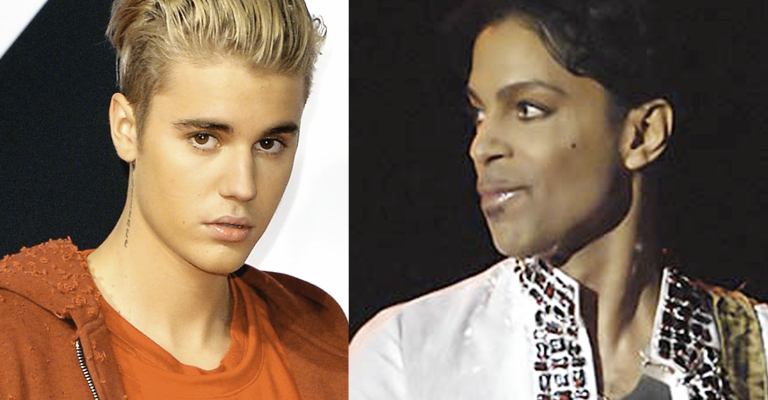 The tasteless comment came after songwriter Andrew Watt posted a heartfelt tribute to the fallen musical genius on Instagram Thursday: “Today waking up to this news I am truly beside myself...devastated...the last of the greatest living performers...my guitar idol,” Watt wrote alongside a photo of himself playing the guitar while wearing a Prince T-shirt. “His connection to ALL his instruments yielded a sexual transcending aura.”

As Watt’s followers commented with their condolences, Bieber jumped in with a different opinion: “Well not the last greatest living performer,” the 22-year-old “Sorry” singer posted.

The comment has since been deleted, but that did little to subdue Prince fans, who pounced on Bieber and called his crass comment “selfish” and “disrespectful.”

It’s not clear if Bieber — who has not publically commented on Prince’s Thursday death — was taking a jab at the icon’s music, bragging about his own work or a making a snarky, tone-deaf remark about how the “Purple Rain” star is no longer living.

I don't care what point this Bieber kid was trying to make, the bottom line is that for someone of Bieber's caliber - who will never have an ounce of the talent that Prince possessed- to make such an insensitive public comment just hours after the legend died, is a tad bit out of line. It's different coming from what we, at ILOSM, refer to as the everyday 'keyboard gangster' who just sits behind their computer typing the most hateful things they could think up. But coming from Bieber, someone who is in the same business as Prince and could only wish that he could reach Prince's iconic level, he should have more respect for the legend that he would never be, I'm just sayin.'

Bieber stick to making pop records and attempting to prove how much of a bad boy you are in your "pop life" (pun intended, but Bieber's probably too young to even get that). That's where you're safest at, but trying to take jabs at an icon like Prince is WAY outside of your league youngin'. On a brighter note, I think Bieber has a great singing voice, he should just stick to singing and shy away offensive social media commenting.
Prev 1 of 2 Next