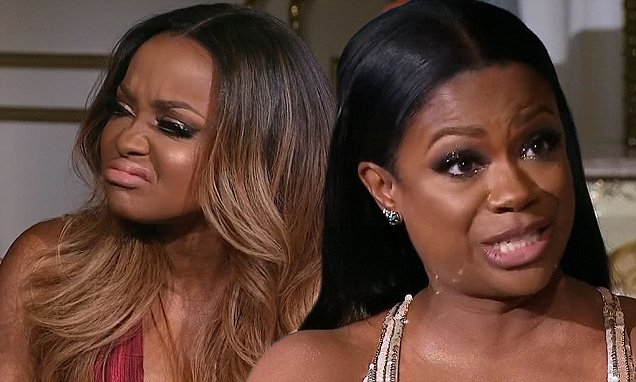 By now, most Real Housewives of Atlanta fans know all about the drama that went down between Kandi Burruss and Phaedra Parks. But for those who missed it, Kandi and Phaedra nearly had a knockdown, drag-out fight and it’s all because of the explosive lie Phaedra told.

The high-powered attorney accused the Xscape singer and her husband, Todd Tucker, of planning to drug and rape their RHOA co-star, Porsha Williams. Needless to say, the allegations sparked a media firestorm. But not only did Phaedra find herself in the midst of controversy over the rumors, Kandi claims she was in the hot seat as well.

During a recent interview, Kandi revealed how Phaedra’s big lie almost ended her career. Although the allegations were confirmed to be false, many fans wasted no time dragging Kandi and Todd. She explained how difficult it was to defend herself against false accusations.

Of course, most fans know Kandi is not new to the entertainment industry. But despite her experience in the limelight and the drama she’s faced on previous seasons of the show, she admits she’s never faced nothing like this.

“I’ve never had drama like that that lasted the whole season. It was very sh–ty,” the singer and Old Lady Gang restaurant owner said. “But now I’m extremely happy that people were able to see the truth. Sometimes I thought people would never know the truth and it would have been a stain on me forever.”

Although there have been times where the ladies have been able to squash the beef, Kandi has made it clear that she and Phaedra are absolutely done. In fact, most of the ladies on the show are done with Phaedra which is why she won’t be returning next season.