Kim Fields Getting Bashed Over Her New Bold Look, But Are People Being Too Hard On Her?

Ever since Kim Fields left The Real Housewives of Atlanta (season 8) in 2016, she kinda fell off of the scene for a minute. Well now, Kim a.k.a “Tootie a.k.a. “Regine” is back with a new look and a new business move. She’s just began promotion for her upcoming movie, A Question of Faith, and has suddenly been making several appearances on television and such. The thing is, on social media, homegirl’s new look has become just as (if not more) popular as the movie she’s promoting.


Kim Fields has always had more of a wholesome look to match her more squeaky clean image, which seems to come naturally for her. So when she surfaced on Bravo TV’s Watch What Happens Live With Andy Cohen, rockin’ long, red weave and a more edgy outfit, it apparently took fans by surprised. Some felt that Kim is trying to be something other than what she is with the look. Others even confused her with actress, Raven Symone, whose known for wearing edgy, vibrant colored hairdos. 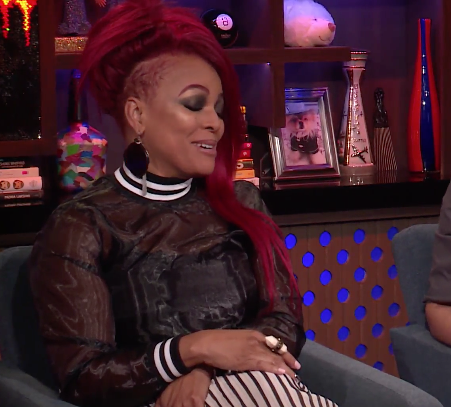 Are The Fan Reactions Too Harsh Or No?

Fans have been leaving comments online, slammin’ Fields over her new ‘do. One fan (@ashleyshymiller) even did commentary about it on a video provided by The Shade Room (explicit language): 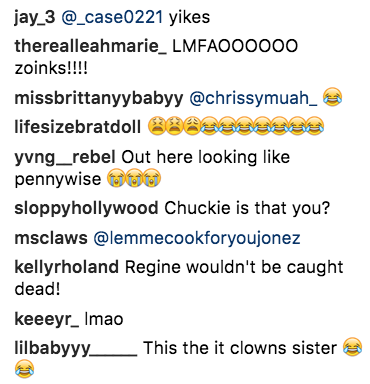 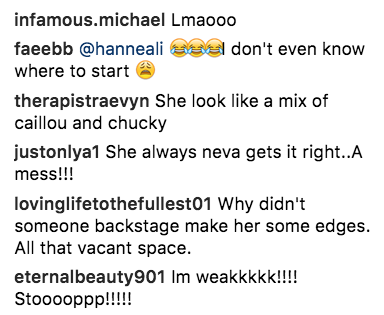 Quite frankly, do I personally like the ‘original’ Kim Fields look better? Yes, because it just felt like her. BUT do I think she looks bad with her new edgier look? Nah, not at all. It’s just gonna take some fans a lil’ more time to get used to. Either way, Fields is still beautiful. On another note though, Kim’s former co-star, Queen Latifah, revealed an interesting bit of news about who she says Kim really is behind the scenes. Check it out below…

Latifah Reveals A Whole ‘Nother Side Of Fields

Latifah was also recently on WWHL and in the video above, she said that the Kim Fields she knows ain’t nothing like the “restrained” Kim Fields she watched on Real Housewives of Atlanta. In fact, Queen said back in the day, when they were both on the In Living Color sitcom, “The Kim Fields I know would’ve drew BLOOD outta people.” So maybe Kim’s new edgy look is actually a representation of the ‘real’ Kim Fields after all.

The other thing both Kim and Latifah revealed, on WWHL, is that they are in talks about a Living Single reboot! Now THAT I truly wanna see, that show was the bomb back in the day. Hopefully they can make that happen.