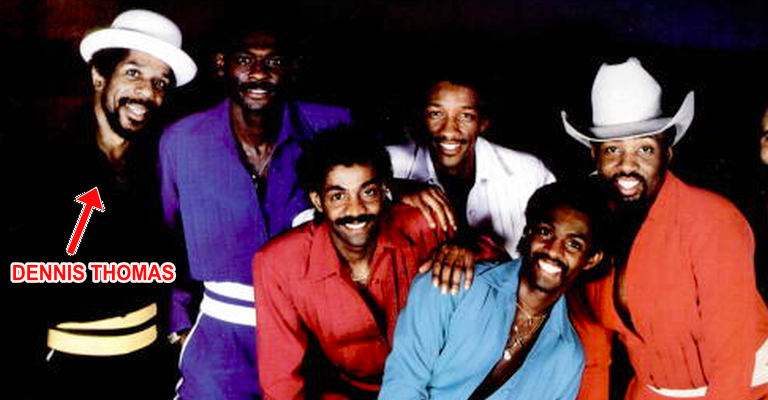 The original member of Kool and the Gang -saxophonist and musical director, Dennis Thomas- has a daughter who was a very popular Cosby Show actress. If you watched sitcoms in the 80’s and 90’s you will definitely recognize her face. Back in the day, she was also connected to a famous 80’s actor….

Who Is His Daughter?

She is none other than the late, beautiful Michelle Thomas. Remember her? Michelle is best known for her roles as “Theo Huxtable’s” girlfriend, “Justine,” on The Cosby Show (FYI: She was also Malcolm Jamal Warner’s girlfriend in REAL LIFE); as “Myra,” “Steve Urkel’s” girlfriend on Family Matters; and also “Callie” on The Young and the Restless. 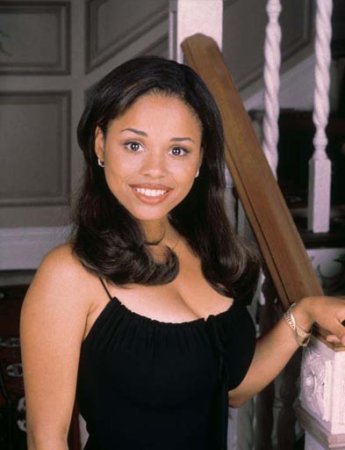 Back in the day many people never knew that Michelle was Dennis Thomas’ daughter, which meant she did a great job at building her own brand, without leaning on her father’s name. Her mother, Phynjuar Thomas, is also an actress and was Michele’s acting coach throughout her entire career. Sadly, Dennis and Phynjuar lost their amazing child some years ago. See what her mother and her then boyfriend, Malcolm Jamal Warner revealed about her last days….

The Cause Of Michelle’s Passing

Unfortunately, Michelle sadly passed away at the young age of 30. In August 1997, she was diagnosed with a very rare form of stomach cancer, called a intra-abdominal desmoplastic small-round-cell tumor.

In the spring of 1998, she had surgery to remove a tumor the size of a lemon, just before she got the part for her role as “Callie” on The Young and the Restless. In October 1998, Michelle had to have another surgery after a second cancerous growth appeared. Upon her release from the hospital, Thomas flew home to New Jersey to spend Thanksgiving with her family. “With all these stitches, she gets on a plane and came home for Thanksgiving. She got in my bed and stayed there. There’s something magical about a mom’s bed,” says Michelle’s mother, Phynjuar (pictured above).

Her Last Days Were Peaceful

Soon after Michelle’s trip home to NJ, she passed away on December 22,1998 surrounded by her family and friends in New York City at Manhattan’s Memorial Sloan-Kettering Cancer Center. On December 26, 1998, she had Muslim funeral service, which is what Michelle had requested and she was buried in Montclair, New Jersey, close to her home.

Her friend and publicist (who is also the daughter of Kool and the Gang’s Robert “Kool” Bell) said this about Michelle’s last days: “She kept cracking jokes trying to keep everybody happy and hopeful and in good spirits. She was really fighting that disease with all her heart. She wanted to live.”

Michelle’s Real Life Boyfriend, Malcolm Jamal Warner Was There Until The End 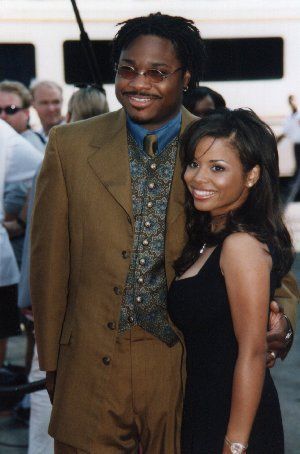 Malcolm Jamal Warner didn’t just play her boyfriend on The Cosby Show, he was Michelle’s real life boyfriend for a long time and although they broke up in 1994, they were very good friends. Malcolm was also right by her hospital bedside when she slipped into her eternal rest. Malcolm still refers to Michelle as one of the most inspirational people he’s ever known. He also said “She was a person with an incredible amount of integrity. She always had a positive outlook.”

Michelle’s mother said this about Malcolm:
“Malcolm was the love of her life,” says Phynjuar. “I think he was her only real boyfriend.”

Who remembers this CLASSIC Cosby Show scene when “Theo” was begging for “Justine” to come back after she broke up with?

As a child, Michelle often accompanied her father Dennis, on Kool and the Gang’s tours. Shortly after Michelle’s death, her mother, Phynjuar, said this about Kool and the Gang’s involvement in Michelle’s life: “They are all her uncles, her true family,” Phynjuar says of her husband’s bandmates. “This has devastated the group.”

It was a very sad day when Michelle Thomas passed away and many times it’s hard to wrap our heads around why beautiful souls, like Michelle, have to leave us so young, but at least we can be grateful for the time that those souls spent here, gracing us with their positive energy. Michelle will forever be missed. May she continue to rest peacefully.