Yesterday, Kristoff St. John’s fiancée posted on Instagram that she was unable to attend his funeral because she was denied of an emergency Visa. Kseniya Mikhaleva, who is from Russia and currently lives there, got engaged with the famous actor in August of last year. Her permission to see her fiancée one last time left her obviously very heart broken.

“Several weeks ago I applied for an “emergency” visa for the funeral to say goodbye my fiancé and beloved. Answer was “No”.

She stated how she felt in her post about how devastated she was about not being able to attend her fiancée’s funeral.

“My heart is broken. I am going through this with a huge pain in my heart, and realize that I don’t have opportunity to say goodbye to him and put flowers on his grave. It is not right, not fair.”

Mikhaleva expressed how St. John was more than just a companion to her. “In the two years that we were together, he taught me so much – how to love and be loved, how to open the best in other people, how to help people, and simply how to be a good human being. We planned to get married; we had many plans in the future together. With him gone, I have no idea what to do.”

His Last Words: Kristoff St.John's Ex Details His Painful Call To Her Just Before His Death 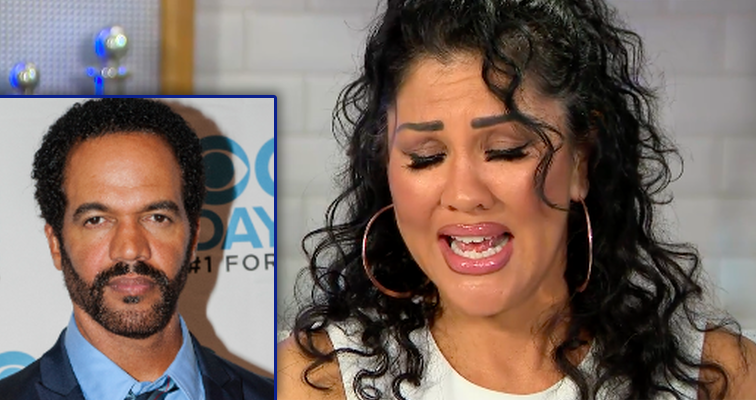 This explains the depth of the pain he was in during his last hours.

Enews reported that St. John who was found dead in his home in February was remembered for his long and Iconic role in the famous soap “The Young and the Restless.” St. John who won an Emmy for his role, had starred as the Character Neil Winters since 1991.

CBS Television Network and Sony Pictures Television said in a joint statement. “For those of us who were fortunate enough towork with him on The Young and the Restless for the last 27 years, he was a beloved friend whose smile and infectious laugh made every day on set a joy and made audiences love him. On behalf of the Y&R cast and crew, CBS and Sony Pictures Television, we offer our heartfelt sympathy to his family and loved ones, especially his two daughters, Paris and Lola.”

The cause of death has still yet to be announced by officials. Before his death Kristoff was said to be still mourning the death of his son Julian. St. Johns wife Mia posted on Instagram that he would be laid to rest next to his son.