Like A Boss! Patti LaBelle Kicks Disrespectful Fan Off Stage 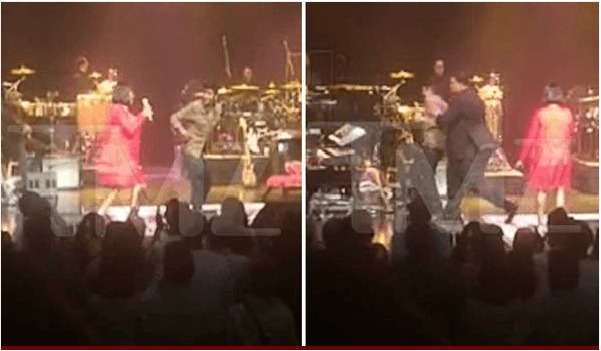 Mrs. Patti don’t play that! And if you didn’t know, now you know…don’t come for Patti LaBelle! Word on the Old School Curb is that Patti had to kick off a fan who was been very disrespectful by asking for a spanking. Check out the story and video below.

As reported by Vibe, during her performance in Vancouver on Friday (Sept. 18), the decorated singer brought a fan on stage, but to her surprise, that certain someone had something else in mind. As seen in the video below, the fan proceeded to strip and allegedly asked the “Lady Marmalade” singer to “spank him.” What LaBelle said and did next had the crowd cheering.

“Don’t you dare, not on my stage,” she said. “Didn’t I say I was 71 years younger? I am not Nicki Minaj or that little, Miley. Get off of my goddarn stage, b***h!” LaBelle later issued an apology to the attendees, stating, “I’m sorry I didn’t let my security do what he felt he had to do earlier. I believe in giving second and third and fourth chances, because I always say sometimes we know not what we do. Just so rude. A rude American or whoever he is, whatever he is. Don’t ever come in my face again. Next!”