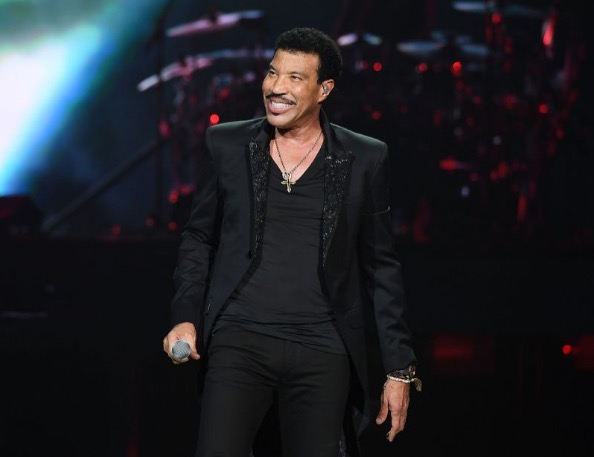 Lionel Richie’s sold 100 million albums worldwide and has written more hits than probably even he can barely count. All of that holds little to no weight in his two grandbabies’ eyes, because as far as their concerned, he’s just Pop-Pop. And for a long while, he was a ‘non-famous Pop-Pop’ at that…at least if you ask Nicole Richie’s son and daughter, Harlow and Sparrow.

First of all, who could imagine having a music icon, like Richie, as your grandaddy who comes to your house to bring toys and candy every chance he gets? I know I couldn’t, but his two grandkids have had the privilege of doing so….except they didn’t, and probably still don’t, see it as a ‘privilege,’ understandably so.

In a past interview with Courier Mail, Lionel Richie confessed that his grandkids had no clue whatsoever that he is famous, but what’s equally interesting, is how they actually came to that realization. They didn’t get it, until they saw Lionel perform -for the first time ever- with their dad on Australia’s The Voice show a few years back.

Nicole Richie is married to singer, Joel Madden (of the rock group, Good Charlotte) and he and Lionel sang Richie’s classic, “Hello.” Check out what Mr. Richie said about his grandkids’ revelation that day:

“While we [Richie and Madden] were singing, I could see [daughter] Nicole with Harlow and Sparrow out of the corner of my eye, and it dawned on me they have never seen me on stage before. You just know they were thinking, ‘What’s Pop-pops doing with Dada?'”

Our dad. Our love. Our life. You are the best @JoelMadden ❤❤ #HappyFathersDay

How cute is that?!! It took for Sparrow and Harlow to see their ‘cool daddy’ on stage with the icon who was doing it waaaay before their dad was even a thought and a few million screaming fans, for them to finally get it. That’s too funny and it’s possibly a tell-tale sign of another cool thing about the Richie fam’- that around their homes, they don’t celebrate the ‘fame’ of each other, they simply live life as regular folks…who just so happen to collectively have a few hundred million of fans worldwide.