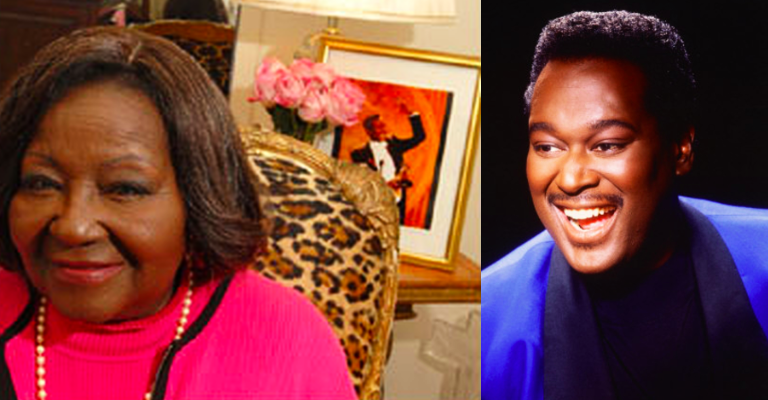 Soon after music icon, Luther Vandross, passed away in 2005, his beloved mother, Mary Ida Vandross, was gracious and brave enough to speak out. She allowed the public into the last moments of their heartbreaking lows and highs during her son, Luther’s -whom she affectionately nicknamed “Ronnie”- last days.

As we previously reported, Mrs. Ida lost her all four of her children, with Luther being the last one. Her husband, Luther Sr., died when Luther Jr. was 8, causing Mary to raise their 4 children on her own. In prior interviews with people Magazine and Entertainment Weekly, Mary Ida thoroughly detailed what her last child, Luther, did from the moment he suffered the stroke that sparked his 2 year health decline, to his last words to her shortly before his final breathe.
“God had some connections with my son”

Mary Ida Vandross: “I feel sincerely that God had some connections with my son. The winter before he had the stroke, I noticed that he was putting things in order. Too much in order.”

“He Called Me One Day And Said…”

“I was living in Connecticut, in a 10-room house, and he called me one day and said, ‘Momma, I don’t like you being up here by yourself. I want you to think about moving to Philadelphia.'”

“I Just Feel Like He Was Telling Me Something”

MV: “I started laughing, and he had the best laugh, and I said, ‘I like Philadelphia to visit. I don’t know how I’d like to live there.’ But he said, ‘Think about it. You’re here by yourself, and you don’t need to be by yourself.’ I just feel like he was telling me something.”

Mary Ida Vandross’ Intuition About Her Son Was Correct
Mary took her son’s advice and relocated to Philly to be near Luther and family. Shortly afterwards, Luther’s housekeeper found him collapsed from a stroke, on his Manhattan condo floor on April 16, 2003. A blood vessel at the base of his brain had burst.

”I knew how hard he was struggling not to gain the weight,” she said. ”And yet he would eat uncontrollably.”

Luther Spent 2 More Years In Extreme Health Crisis
Luther was hospitalized in a stroke-induced coma for the next 2 months, eventually having “moments” of alertness, shaking his head ‘yes’ or ‘no.’ He was then moved to a rehab facility for 1 year and vastly improved, sometimes joking with loved ones, but…