I’ll be the first to admit that while I have great respect for Madonna- as a fearless, pop icon,- she can work on my last nerve. In particular, I get annoyed by her repeated unenthusiastic tributes to soul legends at awards shows and such, but I digress. HOWEVER, there are times when I gain a newfound respect for the music OG and lo and behold, one of those times would be now.

Upon realizing that Madonna has been truly dedicated to helping the beautiful people of Malawi, Africa, I had to tip my hat to her. Speaking of her Malawi charitable efforts, that brings us to her adorable Malawian twins, whom she adopted last in February 2017.

Happy Birthday To Ya!

As many of y’all may know by now, throughout the past 12 years or so, Madonna has seemingly been on a mission to build her very own multi-cultural family, much like the one Josephine Backer created and affectionately labeled her “Rainbow Tribe.” 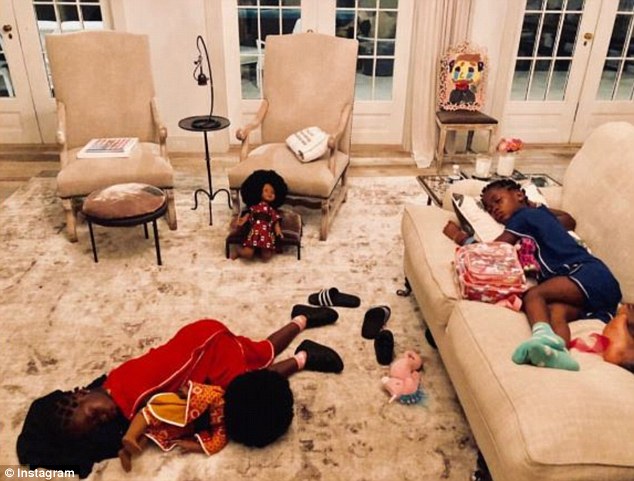 Madonna has four adopted children and two biological. Her last adoption (in early 2017) was when she adopted Stella and Estere when they were 4 years old, during one of her many visits to Malawi. Soon after adopting the little girls, Madonna moved them and her other two adopted children- David and Mercy- to Lisbon, Portugal. Pretty sure the sudden environmental, societal, and financial switch – from a poor Malawian town, to an ultra wealthy lifestyle with their new mom, Madonna- had to be a bit of an adjustment for the twins. Take one look at them now though and everything seems to be all good with the cutie-patooties.

In fact, they appeared to be having a blast on their 6th birthday, when they celebrated it for a few days straight in August of this year (2018). Madonna took to social media to share video and photos of her babies with her fans. Check them out gettin’ their b-day party on below… 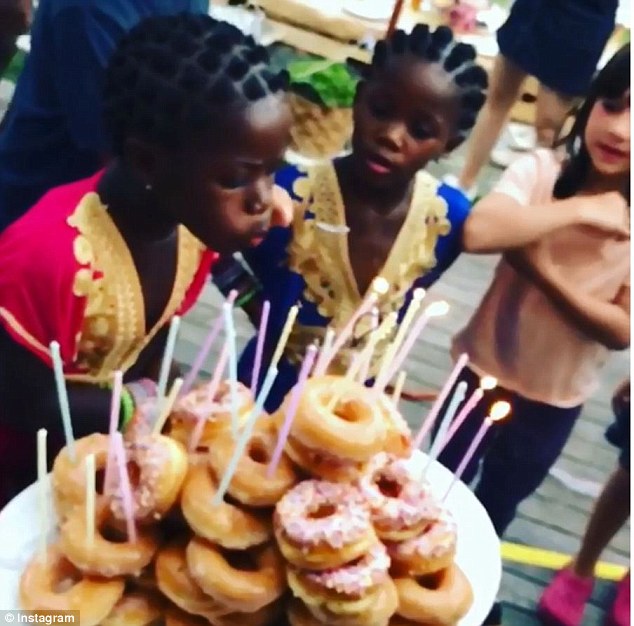 The Elephant In The Room

Of course there have been some people who feel that it is wrong for wealthy White celebrities to adopt poor African children. The reasons behind such outlooks are wide ranging and understandable. Some say that African children need certain parental imagery and psychological needs that requires the experience of a Black parent. Others argue that White celebs tend to ignore the Black American orphans who are need of adoption right here in America, yet snatch up African kids from their homeland, as if they’re a commodity, or trendy acquisition. All of those arguments are very valid concerns that need to be discussed, but there is also a great benefit that we also cannot deny. If celebs, like Madonna, Angelina Jolie, Sandra Bullock, etc., are sincerely concerned about the welfare of their adopted children, then who are we to judge them about that?

Hopefully, all of Madonna’s adopted Malawian kids- Estere, Stella, David, and Mercy- have a great sense of who they are as strong African people and a great sense of self as their own individual person.

How Madonna’s Helping Children In Malawi

Prior to the opening of the MJIPSIC, the Queen Elisabeth Central Hospital had less than five intensive care beds. The entire country of 17 million people, of whom 15 percent were aged less that 15 years, had less than five pediatric surgeons. The new institute addresses both those problems. It serves as a teaching facility for Malawian pediatric surgeons. –Source
So in closing, Madonna is a great mom, but a terrible choice for MTV’s 2018 Video Music Awards Aretha Tribute, just as she was for Billboard Award’s Prince tribute…just saying. Still got love for you though Madonna!