Jazz icon, Ella Fitzgerald, credited actress, Marilyn Monroe, as being the main reason why she was able to not just survive and put food on her family’s table, but live VERY well. In terms of her overwhelming popularity at that time, Marilyn was like a much more talented 1950’s version of a Kim Kardashian. There was one time that she used her popularity for something that Ella reportedly said she was forever grateful to Marilyn for and it’s something that many probably would have least expected…

During the severely segregated era of the 1950’s and 60’s, there weren’t many outlets outside of the “Chiltlin’ Circuit” for African American entertainers to perform. Ella Fitzgerald had become one of the most popular jazz artists of that era, but that didn’t stop certain establishments from treating her improperly. There was one area in Los Angeles that was known as the hottest spot  around for entertainers. If a singer was able to land a steady gig in that L.A. hot spot, they were going to be very well compensated financially for their work. Of course, Ella Fitzgerald wasn’t allowed anywhere near that L.A. spot because she was African American, and that’s where Marilyn Monroe stepped up in a big way. These are the types of stories we typically don’t get to hear about, but this is what Marilyn Monroe did:

Via MuseyOn- The Mocambo nightclub at 8588 Sunset Boulevard—a Whites-only club—was the most popular dance spot around but would not book Ella Fitzgerald because she was Black. Marilyn Monroe, who was one of Ella’s biggest fans, called the owner and demanded that they book Ella immediately. Marilyn told them that she would sit at the front table every night that Ella performed, which would give the Mocambo great publicity, due to Marilyn’s superstar status at the time. Who could say no? Marilyn appeared there every night. The press went crazy.

Marilyn and Ella would remain close friends until Marilyn’s death. “I owe Marilyn Monroe a real debt … After that, I never had to play a small jazz club again. She was an unusual woman – a little ahead of her times. And she didn’t know it.” 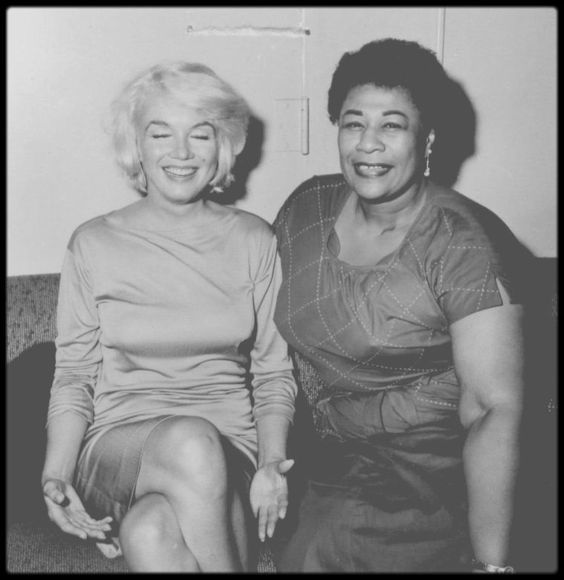 That was big of Marilyn, to do that for Ella. The fact that she was willing to risk her popularity, in order  to do what she knew in her heart was the right thing to do, has just earned her a newfound respect. A new respect from those of us who only knew her as the image of the lady standing over that street vent with her skirt blowing in the air; or as the actress who reportedly overdosed on pills and had an alleged affair with President Kennedy. Marilyn Monroe was obviously also a woman who had a great deal of integrity and that’s something that no rumor, nor scandal can ever dilute.