There’s no doubt that Ms. ‘What’s The 411’ is the bomb.com at 46, but Mary J. Blige never ceases to further prove it every time she steps onto a red carpet. 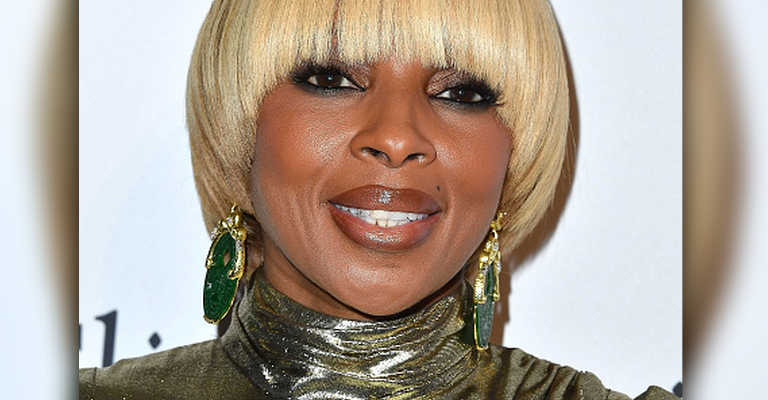 Mary J. has been making headlines for a lot of drama, even though she long ago sang about how much she didn’t want “no more drama” in her life and ‘never wanted to hurt again.’ That was just wishful thinking on Mary’s part though, because for the past year or so, she’s been going through it with her soon-to be-ex husband, Kendu Isaacs. For the record, I’m sick n’ tired of having to say her ‘soon-to-be-ex-husband, Kendu.’ Can’t they just cut to the chase and get that divorced finalized already? Dayumn! But I digress….

Anywho, although Mary is living in stressful times, with her pending divorce and tax woes, it was a beautiful thing to see her genuinely happy at the recent Hollywood Film Awards. The award ceremony took place inside the Beverly Hilton Hotel in Beverly Hills, Cali. Mary was awarded the “Breakout Performance Actress Award” at the Sunday, Nov. 5th event, for her role in the film, Mudbound…we’ll get to that in a second though. As if it wasn’t already enough that she was awarded, Mary was presented the award by one of the greatest talents in the acting game, Viola Davis! Talk about an honor, right?

Congratulations to Mary J. on her award win, but she also deserves a separate award for that fly see-thru outfit she rocked to the event. It was classy, yet sheer in all the right places, with only two pasties covering up her upper lady parts…

Typically, we’re used to seeing Mary in sexy, but fully covered get-ups. So when she stepped out in her all white suit, with a sheer bodysuit underneath, she most definitely turned heads.

Now, had this been say, Lil Kim, or Beyonce,’ in this all white ‘fit, there would be nothing to talk about. In fact, it would be considered a toned down outfit for them. However, we’re talking about Mary, so fans were pleasantly surprised to see the newly single R&B queen take a walk on the wild-classy side, if you will.

Okay, now back to her role in the highly anticipated film, Mudbound. The movie will be released on November 17th on Netflix, as well as in at select theaters across the U.S.. Mary stars in the film, alongside Jason Mitchell (“Eazy E” actor from NWA biopic), the actor who many once believed Mary was dating on the low. The film also stars in Carey Mulligan, Garrett Hedlund, and Jason Clarke.

In Mudbound, Mary plays the role of “Florence,” a Southern matriarch of the ‘Jackson family.’ The film is set in rural Mississippi, following World War II and here’s what Mary said about her role:
Via Billboard: Speaking about Mudbound, her film about race and poverty in the Mississippi Delta in the 1940s, the singer alludes to Trump: “When I read the script, I was moved because it showed at the end of the day, when it all gets down to it, love has no color … It definitely speaks to today’s times. It seems like everyone is a minority to him. Everybody is fighting for their rights now.” 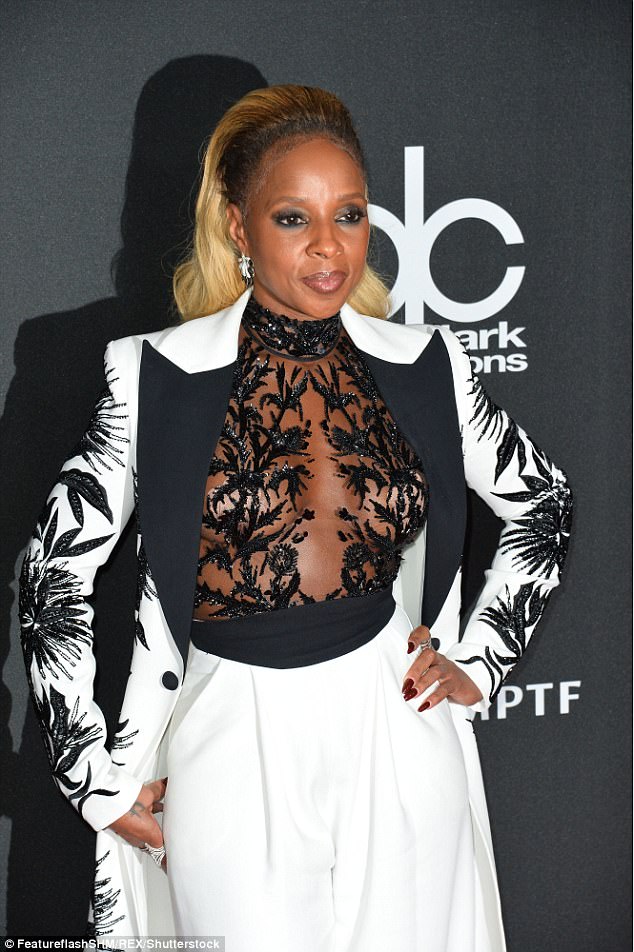 Blige also revealed why Mudbound was a physical challenge for her:

Via Billboard: “I had to surrender and commit completely to Florence,” Blige says, “like the little ugly boots she was wearing every day and those dresses … We couldn’t wear makeup. We couldn’t have nails. We couldn’t do eyelashes. I was stripped down to the bare necessities of Mary. And that really helped me because people were saying things like, ‘Gosh — you’re so beautiful.’ It helped my self-esteem.”

No matter the challenges Mary J. Blige faces, she’s always fine in our eyes. Keep on keepin’ on Mary J.!