Message To Singer, Tyrese: To Hell With Radio! 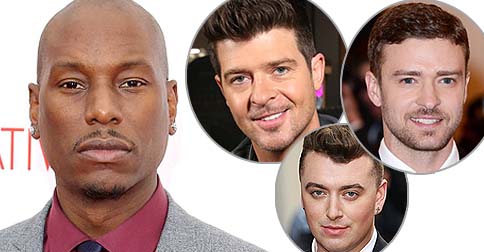 Before we get into why we’re saying this, take a look at some of the things Tyrese said in an open letter to two mainstream radio hosts, Ryan Seacrest and Elvis Duran:
[quote_box_center]

Open letter to Mr Ryan Seacrest of Kiss FM and Mr Elvis Duran of Z-100. Since you don’t want to respond, let’s turn things UP a notch!!!

First, you should know this… So that no one tries to diminish my point…

I’m not mad, I’m simply addressing a real issue… This is NOT a rant, this NOT coming from a racist place and I am not pulling the “race card.” …I respect you both completely and don’t want you to be socially or personally attacked .. ( so let’s get into these topics )

“You both happen to be some of the BIGGEST and most influential Mainstream radio hosts. I’m simply posing some specific questions and it’s NOT just to you but to ALL MAINSTREAM RADIO STATIONS IN GENERAL… Do you think there is a lack of…