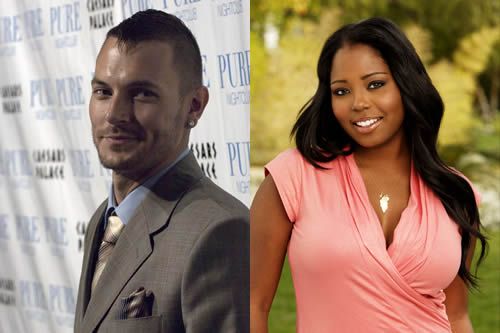 ILOSM fam’ remember actress, Shar Jackson, who played ‘Moesha’s’ (Brandy) friend, ‘Niecy Jackson’ on the 90’s sitcom, Moesha? Well if you remember Shar, then you probably also remember the time in 2004 when the the tabloids were on fire after her then fiancee/dancer, Kevin Federline, left her while she was pregnant with one of their two children (together)- for his boss, Britney Spears.

Britney and Kevin then divorced in 2008, after having two children and in 2010, Kevin and Shar starred on the reality series, Celebrity Fit Club, together. On the show, she addressed some of the humiliation and pain she’d felt when Kevin left her and Kevin finally gave her a long deserved apology for doing so.

Kevin’s and Shar’s relationship had a lasting effect on Shar’s daughter, Cassie, who is not Kevin’s biological child.  Shar and Cassie were featured in a 2016 TV series titled, Mother-Daughter Experiment, which focused on repairing tainted relationships between mothers and daughters.

Now 25, Cassie’s problems stemmed from what she witnessed her mother go through after her stepdad, Kevin, left her mom high and dry. Cassie internalized her mother’s severe depression at that time, as being her fault.

Cassie also revealed that she didn’t have anyone to talk to, all the while she was also getting teased profusely at school over the many media headlines about her parents. Cassie explained to the show’s therapist, Dr. Debbie Magids, that her mom was so hurt at that time, that she indirectly blamed her for many things that were not her doing.

“I think that was a moment for you where you had to become an adult very quickly,” Dr. Debbie told Cassie.

What Caused Shar To Break Down Uncontrollably

Shar also broke down uncontrollably on the show during an experiment. As a result of what Kevin did her in 2004, Shar’s issue- according to her daughter- is that she’s now become way to clingy to her and it puts an unexpected hinderance on their relationship and on Shar. So the therapist decided to do a ‘mock death’ experiment with Shar, where she had to visit a fake grave with her daughter’s name on it. That was just too much for Shar to bare, understandably so, and that’s also when damn near all of us –here at ILOSM– got a little misty eyed. Check out the video up top and tell us what you think.