Actress, Monica Calhoun, is known for her many acting roles in films like “The Best Man,” “The Best Man Holiday, “The Players Club,” and in TV shows like “Different World,” “Bagdad Cafe,” and many more. She always makes her job look flawlessly easy, but behind the scenes she lives a VERY different reality. This is beautiful and our respect for Monica has just multiplied by a thousand.

Monica’s teen son and brother are blind. The close relationship she has with her son is a beautiful thing to see and she often posts about their relationship on social media.

When Monica brought her son as her ‘date’ to the premiere of “The Best Man Holiday” a few years ago, it was the first time the public learned that he was blind. Since then, folks have fallen in love with the young man who always shows love to his Mom on Instagram. 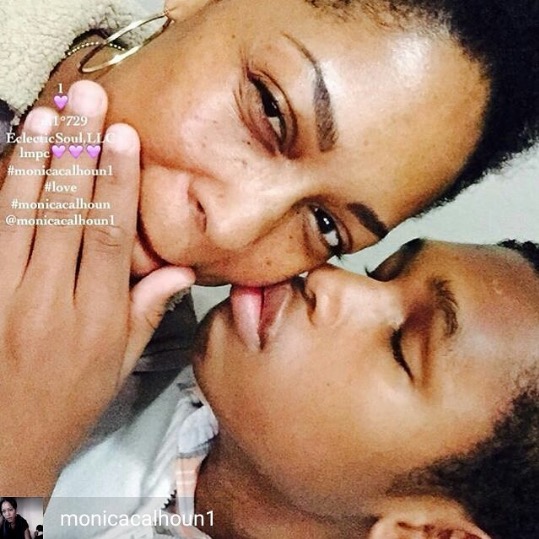 What Her Son’s & Brother’s Blindness Taught Her About Life

In a previous interview with Smartalecmusic, Monica spoke of how she was affected by growing up with her younger brother, Eric, who was born blind.

Monica Calhoun: “The way I grew up is just a little bit different than everybody else, because my brother was born blind. So my perception on the world and things is just a little bit different. … My compassion and my sensitivity are heightened because of my brother’s blindness…and spending a lot of time with him. And you know, teaching him things that I’ve learned…and then vice versa somewhat. Me spending time with him at his programs…like ‘The Braille Institute’…just different little things. So I got a chance to experience life on a different level. Patience in watching these people that volunteer to work with children that have some sort of impairment..to teach them how to water ski or whatever the activity was.” [Monica says she learned how to have that same type of patience].”

We’re not sure if Monica’s son and brother’s blindness is just a coincidence, or if it stems from some type of a hereditable condition. But what’s truly amazing is that all the while Monica was learning to see the world through a different lens as a kid, she was being fully prepared for her gift- her son- and didn’t even know it.

The Incredible Thing Her Mother Did That Made Headlines

Monica’s mom, Lorraine Calhoun, made headlines in 1976, when Monica was 4 years old and her brother was 2. By that time, Lorraine had relocated her family from their hometown of Philadelphia, to the Virgin Islands. Her remarkable accomplishment while there, was that she pushed law makers in the Virgin Islands (where she and her two kids were living at the time) to adapt a system similar to the U.S. assistance programs for low income families who have children with special needs, because the cost of care for them was impossible to maintain on the standard household income at that time. Above is a newspaper clipping of Lorraine with her then toddlers, Monica and Eric. 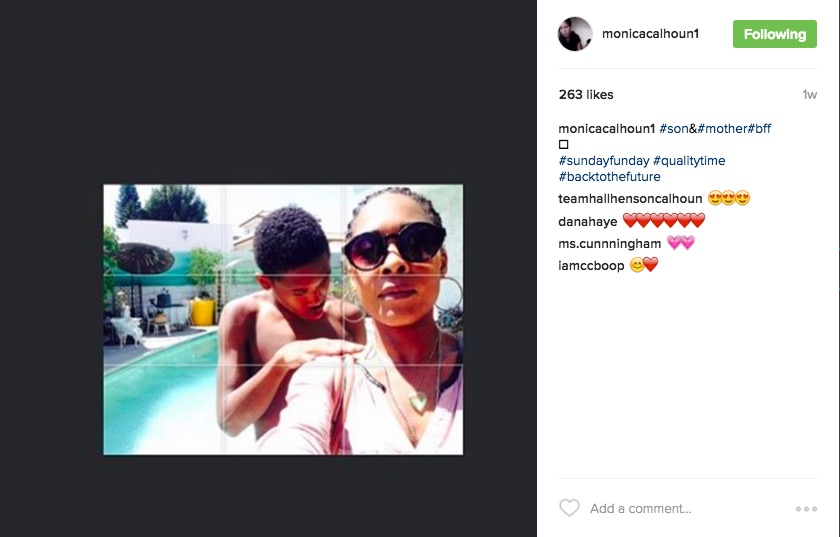 Monica and her family lived in the Virgin Islands when Monica was pre-school age to second grade age, while her mother pursued her college degree there. They then moved back to the states and Monica has made Los Angeles her home for many years.

In her interview, Monica admitted that caring for her brother and her son is also what has kept her grounded in the oftentimes superficial world of Hollywood. She also cautioned all up and coming actors not to “lose their souls” in the process of pursuing their dreams and find their souls on the “back of a milk carton.” in a manner in which their own momma wouldn’t even “recognize” them. Well said Ms. Calhoun.