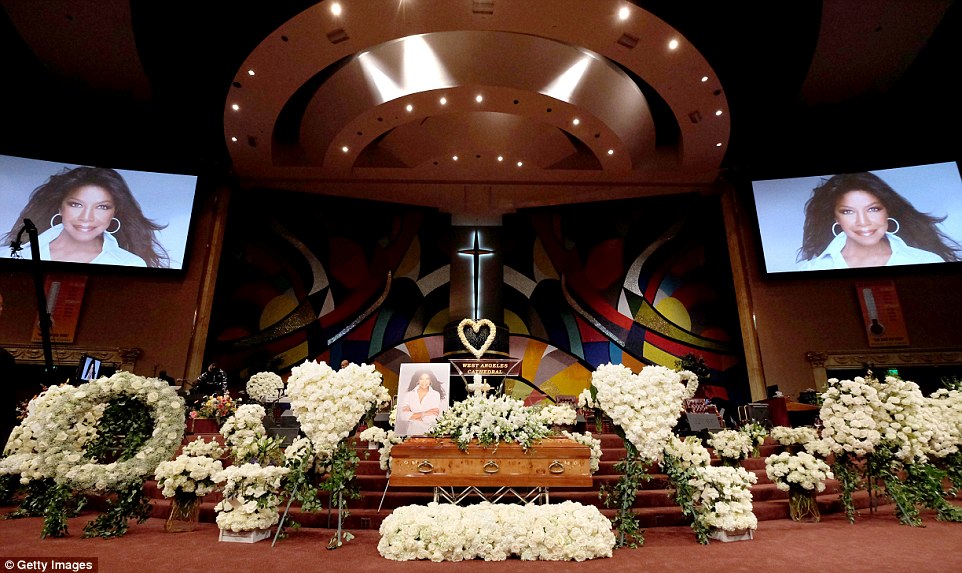 Pictures have surfaced from Natalie Cole’s memorial service on Monday, January 11, 2016, and they reveal an unforgettable life celebrated with a star-studded memorial. Cole was laid to rest alongside her parents, singers Nat King Cole and Maria Hawkins Ellington, her sister Cookie and her adopted brother Kelly at Forest Lawn Memorial Park in Glendale.

The soulful singing legend, known for such Grammy-winning hits as This Will Be and the classic duet Unforgettable which she performed with her father, died at the age of 65 from congestive heart failure in Los Angeles at Cedars-Sinai Medical Center.

She leaves behind a son, Robert Yancy, from her first marriage to producer Marvin Yancy, and twins sisters Timolin and Casey.