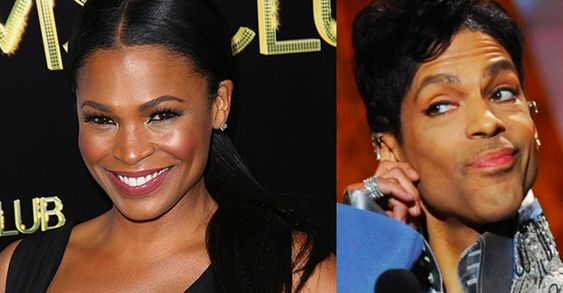 The day after Prince passed away in 2016, many hopped on social media to express their love and heartfelt memories. Nia Long was one of them. She posted a message, via Instagram, recounting the time she’d met Prince and he’d tried to “holla” at her, as well as what happened afterwards.

That Time The “Purple One” Tried To Get With Nia Long

Nia Long remembered the time that Prince hit on her, and what happened after.

At 18 I met him in a club. We talked. He asked me out. Believing he was out of my league, I declined. Years later we met again at my 21st birthday party in NYC. We sat in a booth together and talked about his love for my short hair. I expressed my love for his music and style. I wonder if he remembers me? I will never forget my encounters with PRINCE. RIP #LadyCabDriver

Nia also explains this in the video interview below…

ILOSM fam,’ you ever went on a date and wished that you could get those hours of your life back? Or maybe you’ve gone on a date and thought that everything was all good, only to find out your date felt the complete opposite? Depending on which of them is telling their sides of the story, both of those dating disasters apply to the time actress, Nia Long, and actor/comedian, Chris Rock, tried to date each other. They revealed their hilarious dating nightmare in two prior interviews and get this, Chris Rock had the nerve to diss the hella beautiful, Nia Long at that time. Check out what they revealed below…

Nia Long’s Side Of The Story

In a prior interview on TV One’s Uncensored, the 50 year old actress, told her side of the story as she recalled her date night wit Chris Rock:

“I remember Chris Rock and I were set up on a blind date. He was on Saturday Night Live. We went out. We hated each other. I was like, ‘This dude is not even that fu*king funny.’ And he’s the only dude that has ever given me a false number [laughs].”

In a prior interview that Rock and Nia did together on the Wendy Williams Show Nia gave even more intricate details about their blind date back in the day. She recalled how even though she didn’t think Rock was funny, she still felt that their date went well. She was also under the impression that they would probably be going on date number 2 and that she didn’t realize Rock wasn’t feelin’ her until days later, when she first discovered he’d given her the wrong number…

Nia Long: “We went on a date and after we kinda hung out, and then he took me back to Brooklyn [where Nia was living at the time] and I’m like ‘Okay, so I guess this is the part where you exchange numbers.’ Make a long story short and a week goes by and I didn’t hear from him, he gave me his number and I gave him mine, and I’m like ‘God, he didn’t call me.’ And um, finally I call him and I dial the number and this…man, gave me a wrong number!”

Rock had a different perspective though, see what he had to say below…

Chris Rock’s Side & Why He Dissed Her

During that same Wendy Williams Show interview, Chris Rock revealed that everything was all good with their date, until Nia said this one thing that completed turned him off. He said when he’d asked her if she was seeing anyone at that time, Nia’s reply was “No, but I know where to get some di*k if I need it.” LOL.

Gotta love Nia Long for her realness and Chris Rock for his willingness to not just be persuaded by the pretty face and sticking to his personal likes and dislikes when it comes to his choice in women.
Peep their hilarious interview clip below…