Not So Fast: Days Before OJ’s Release Prison Officials Now Say He Might Not Be..Here’s Why

O.J. Simpson (70) just got the surprise he probably didn’t want to hear. When the Nevada Board of Parole Commissioners granted him parole on July 20, 2017, he and his family were ecstatic. The former NFL legend served nine years of a 9 to 33 year sentence for armed robbery, assault, and kidnapping charges, after stealing his sports memorabilia back from some cats in a Las Vegas hotel room. His parole was set to take affect in early October. However, now that “The Juice” is days away from walking outta Locklove Correctional Facility as a free man, the prison officials are like, ‘Nuh uh…slow your role O.J.’ 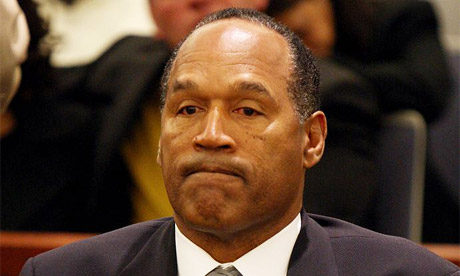 Here’s Why O.J. May Not Be Released

The reason O.J. may not be released is because the prison authorities apparently fear for his and their safety. Here’s what was just reported:

Officials for the Nevada Dept. of Corrections tell TMZ, if the release point — 30 miles outside of Vegas — is swarmed by media, O.J. will not be set free. As one prison official put it, “We don’t want another Princess Diana situation” … the fear being a chase that could result in injury or death. The concern is not just Simpson. Prison officials say they’re worried innocent bystanders might be mowed down in a chase.


The officials also say that the European media is off the chain when it comes to high profiled, controversial celebs, like O.J.:

Prison officials say they’ve been notified media from all over the world will be at the release point and they believe European media is even more aggressive than American paparazzi and think the line will almost certainly be crossed.

Well, at least they’re looking out for everyone’s safety, although it’s still unclear how much more time O.J. would have to remain behind bars if they decided not to release him.