Steve Harvey’s son-in-law, Kareem ‘DJ Bruckup’ Hawthorne and his party promotion company, T-12 Entertainment, are getting dragged to the pits of hell and back by folks on social media. Why? Because apparently DJ Bruckup, through his Spelman College and Morehouse College homecoming bash called ‘Spelhouse,’ is being accused of jacking the alumni out of damn near $300,000 after the alumni say they paid up to $4000 each for VIP packages. 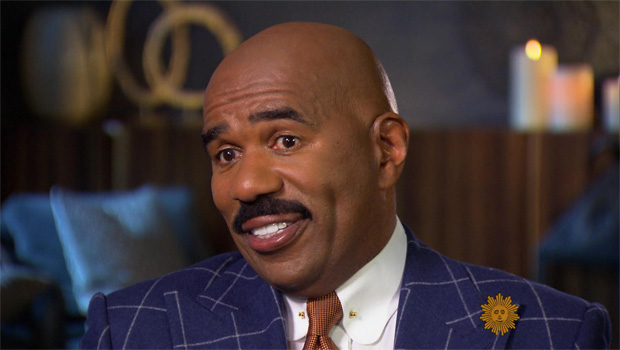 The VIP packages were apparently supposed to have the VIP guests living it up and doing it big in a sectioned off VIP area of the Atlanta Georgia Aquarium. It was reportedly promoted as a high end event, where the VIP area would be flooded with expensive bottles of wine by the case loads and exquisitely plush furniture. But party goers claim that when they arrived to their section, they walked into a VIP area that was furnished with cheap futons and cheap liquor. 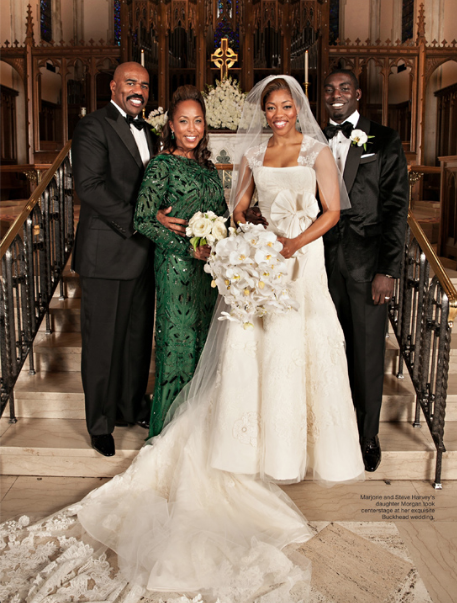 Also according to Bossip: ‘BruckUp also promised that patrons would be able to enjoy a night of “partying with the sharks” as the aquarium was to serve as a backdrop but the DJ was allegedly played hits from the early 2000’s from his laptop with a Beats Pill and the venue was pitch black with no light illuminating the fish tanks.’ 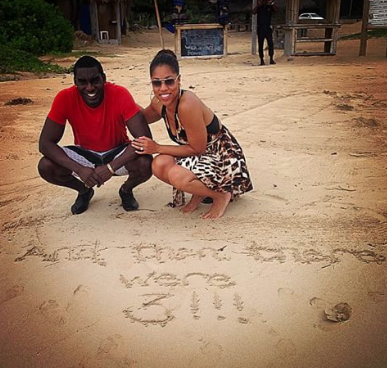 **FYI: Although they look like they could be related, Steve Harvey’s 30 year old daughter, Morgan (DJ Bruckup’s wife), is actually Steve’s step-daughter, but he refers to her as his own and even gave her away at her 2013 wedding.** 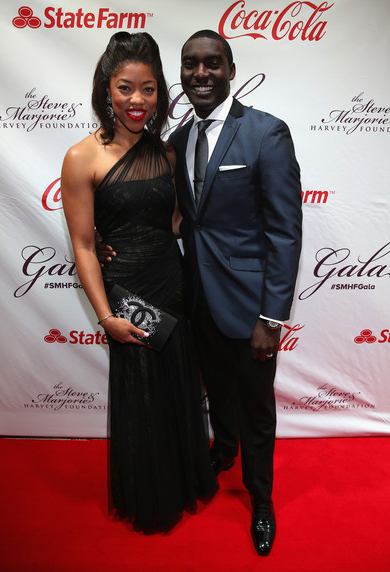 Needless to say, the VIP party hoppers wanted their four grand back, but when they saw that wasn’t going to happen they immediately began hittin’ up Twitter and Instagram with their angry rants aimed at DJ Bruckup and T-12 Entertainment under the newly created hashtag #Aquagate. Many have also threatened to sue for false advertisement.

In the meantime, DJ Bruckup was allegedly spotted partying it up at another event, after allegedly leaving his own Spelhouse event earlier that night. 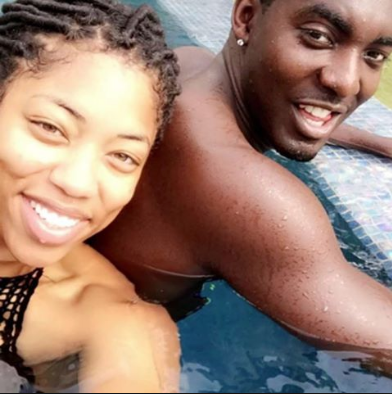 After getting so much backlash on social media, Bruckup has taken to Instagram to post a statement that he received as an apology from the venue to his company T-12, although he still hasn’t mentioned any refund information for those who have  complained: 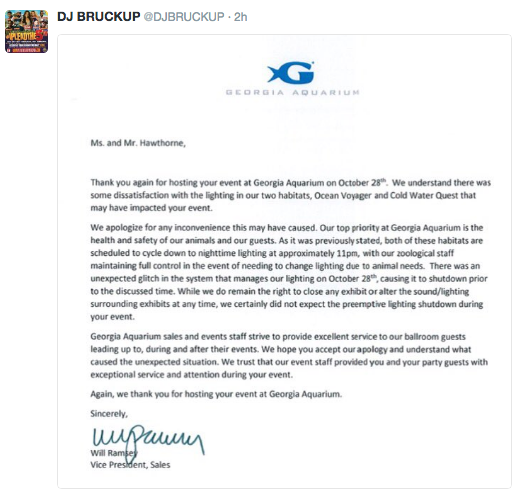 Not sure if he will be refunding that alleged $300K he stacked from the event, but if he wants to keep his company’s reputation on the up and up, he might wanna figure something out, and quick. 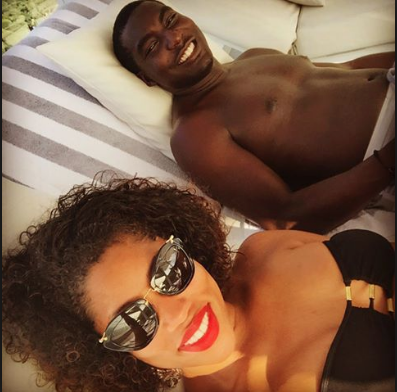 In business, you win some, you lose some, and this definitely an ‘L’ for Bruckup, but hopefully he’ll learn a valuable lesson from this and keep it pushin.’ We wish the brotha luck with that though because as we speak, folks are still all over Twitter and Instagram giving him hell and rightfully so, you can’t play with folks paper. Check out some of the backlash below…

That moment when ppl were getting escorted to their section with no bottles #aquagate pic.twitter.com/5HjTJawsoI

Waiting at the Georgia Aquarium for @DJBRUCKUP to give me my money back like.. pic.twitter.com/3CjZNABPJZ

Excuse me Mr Shark…have you seen my bottles? #aquagate pic.twitter.com/tkJgQlGje2

Roses are red, grass is green.
I blame #AquaGate on #KareemtheScheme

No henny? No sharks? No suitable sections? No quality dj? #AquaGate pic.twitter.com/KZScApKGOE