ILOSM fam,’ it looks like R. Kelly (50) is back in the news again, except this time it isn’t for any ‘allegations’ against him. This go ’round it’s about what he just did for his young ‘Tender-Roni’ bae on her 22nd birthday. 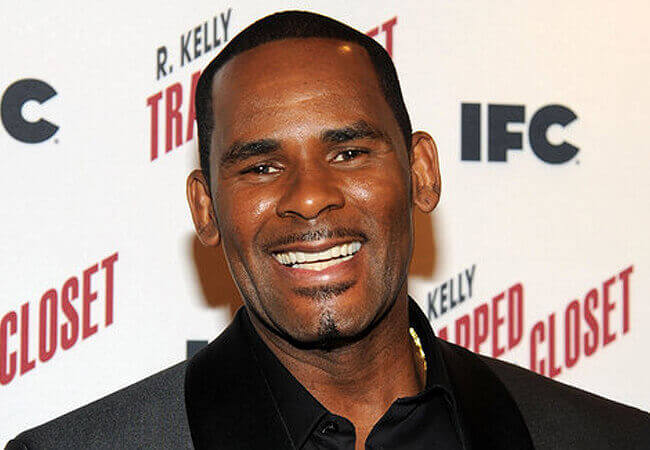 Remember when we showed y’all photos of Kellz popping up at a club, hand in hand with a young model named Halle Calhoun? They were comfy cozy with each other and folks were surprised to see the then 49 year old steppin’ into the club looking like a “playa from the Himalayas,” like ‘Jeromey-Rome’ on Martin. At that time it was reported that she was between 19 or 20 years of age. But she just confirmed that she’s 22.

Fast forward to now and even throughout all the ‘sex slave’ drama surrounding Kelly, there is one woman who has apparently stood by his side and that is Halle.

Apparently things are getting crazy serious for Kellz and Halle, because she’s been the only woman R.Kelly has voluntarily gone public with ever since divorcing his ex-wife/reality star, Andrea Kelly, in 2009. He obviously has so much love for his young boo, that he took the time to plan a surprise birthday party for her. He even allowed her to share the moment on social media.

Photos Of R. Kelly & Young Bae At Her Birthday Party 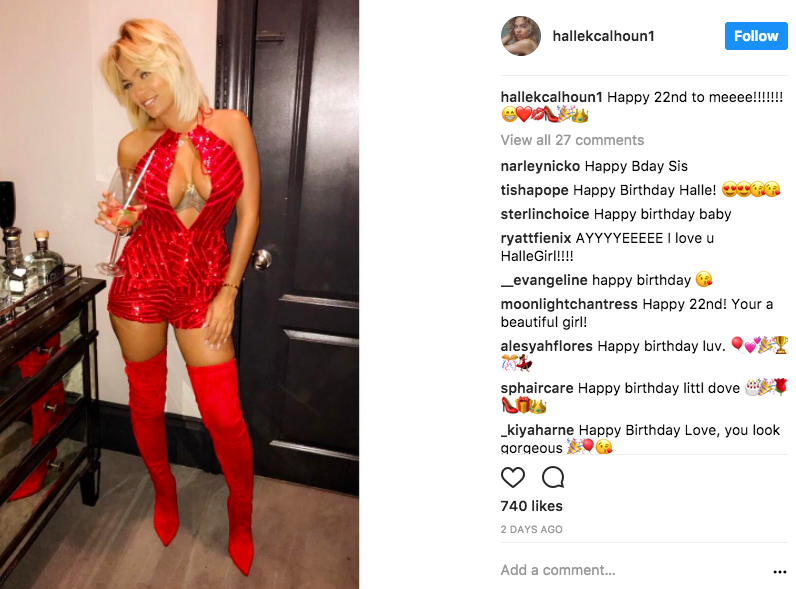 In her online post, Halle showed up at an undisclosed location, rockin’ an all red low cut outfit and cozied up with R. Kelly in a few of her photos. She captioned one of them with a simple message, thanking her bae, R. Kelly for throwing her the party:

“Thank you for such an unbelievable birthday!!!! @rkelly ☁️#suchasurprise #rkelly #hallecalhoun”

Check out the b-day pics below… 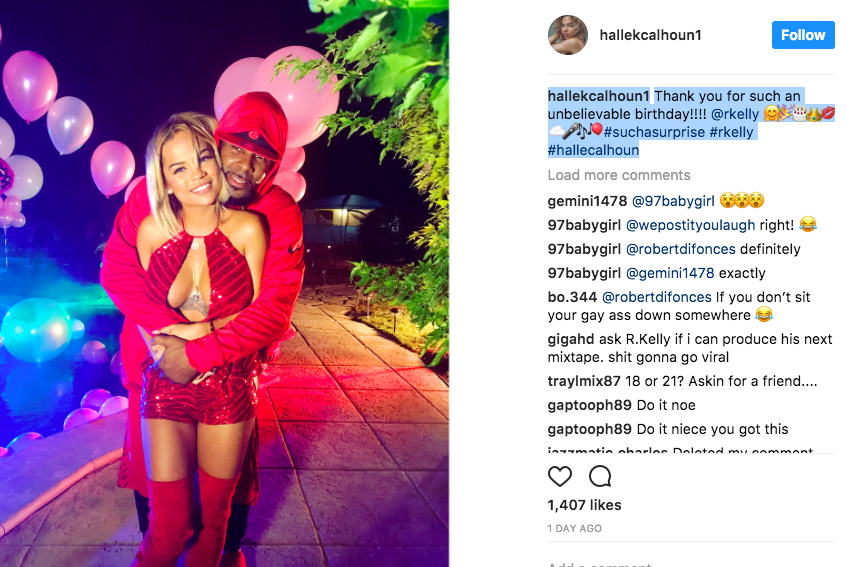 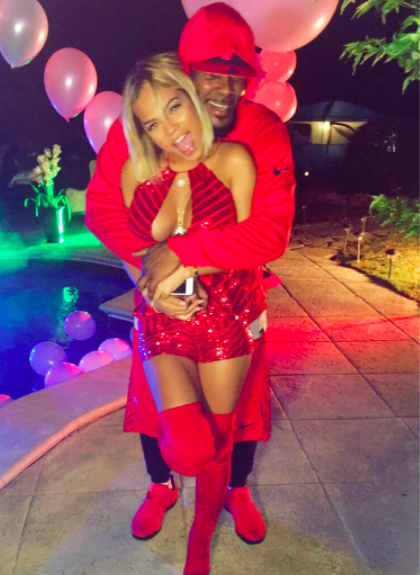 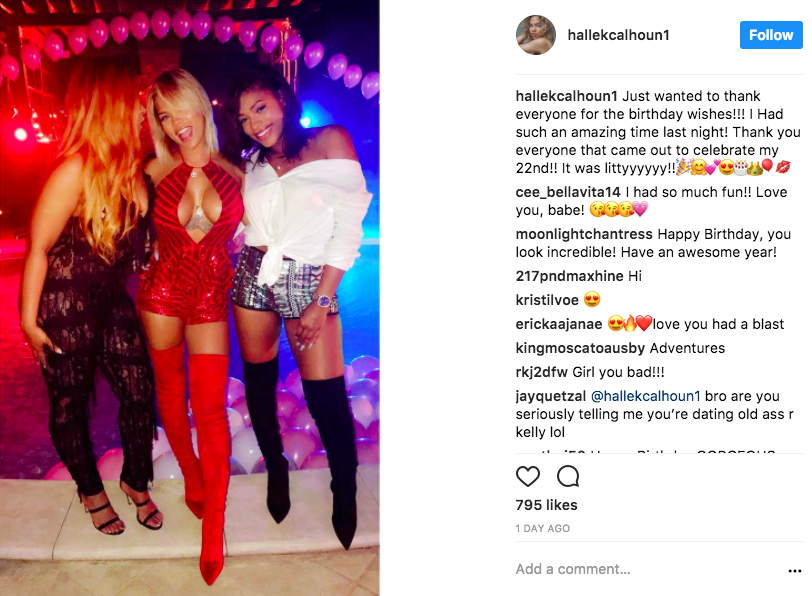 After this surfaces, Kellz is probably gonna catch a lil’ flack from some people, because he’s dating a woman young enough to be his daughter. But throughout the years, there’s one thing we’ve all learned about Kelly- that he’s like a borderline alcohol drinker, where he’ll drink juuuust enough to still be able to barely pass a Breathalyzer test if stopped by cops after leaving a club. In this case, he makes sure his women are juuuust enough to get into a nightclub, WITHOUT dippin’ underneath the legal age limit. Smart move Kellz…just be sure to stay in that lane and you’ll be alright. Do your thang playa.