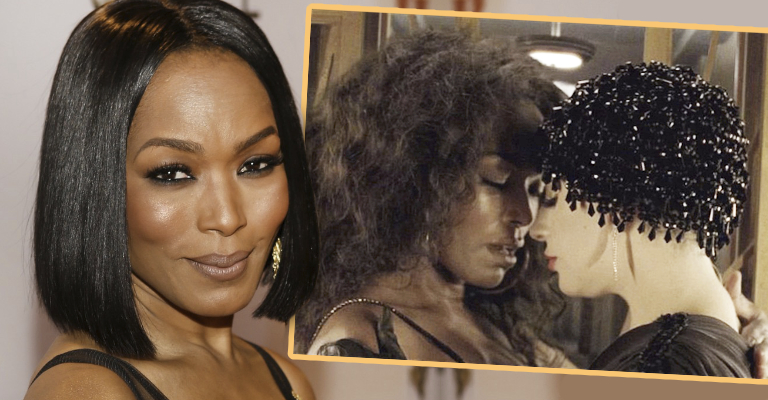 Angela Bassett recently appeared on The Conan O’Brien Show and she revealed some inside info about the raunchy sex scene she did with Lady Gaga that shocked everybody and she also revealed  how her husband, Courtney B. Vance (who is currently portraying Johnnie Cochran in the new FX O.J. Simpson series), reacted after she told him she had hot, juicy make out session on national TV. Bassett and Gaga both star in the hit TV show, American Horror Story, and it wasn’t long after gaga was added to the cast that the writers decided to turn the script all the way up…with some girl-on-girl action with a woman who is 27 years her senior, further proving that age ain’t nothing but a number. In fact, when it comes to Angela Bassett, age REALLY ain’t nothing but a number! Angela is 57 and making a lot of these youngins out here look washed up in comparison, just saying.

Okay now back to that steamy sex scene, when we first saw it here at ILOSM, we all turned into “Grady” from Sanford N’ Son for a second, because we were all staring at the screen like “Good Goggly Goo!” In other words, Bassett and Gaga didn’t take no shorts, they gave their ALL in that sex scene and made it as R-rated as the possibly could for primetime TV.

Now here’s the kicker: Angela Bassett’s husband found out about her lesbian scene only when it came on TV. That’s right when we found out, is when Courtney B. Vance found out that his wife was on TV getting her freak on in between the sheets with another female and let’s just say he was a lil’ shocked by it. Here’s what Bassett told Conan O’Brien about this:

“What does your husband say when you come home from work and say, ‘I just did a sex scene with Lady Gaga’?” host Conan O’Brien asked. “Was he cool with it?”

“I don’t remember coming home and telling him that,” Bassett said, adding that she didn’t tell him about the original nudity waiver she had to sign to join the cast. 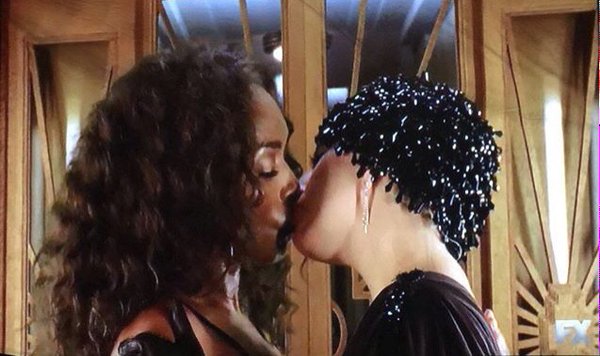 Although Bassett didn’t get naked on camera, she did end up sharing a bed with Gaga and a few steamy lip locks with her as well.

“I just, you know, waited until the night [the episode aired] and said, ‘Come on, I want you to see something!’ … And so I’m showing it, and I have the remote and he’s like, ‘Whoa, whoa, whoa, what’s about to happen?!’ I was like, ‘Well pause! What’s going on with you, are you going to be all right?’ ” Bassett explained.

“I just eased him into it,” she added, laughing.

Now that we’re over our initial shock of Angela doing a girl on girl scene with Gaga (the lesbian sex scene itself isn’t surprising, it’s just shocking that it was Bassett who did it…we just didn’t know she had it in her, LOL), what do you think ILOSM fam?’ Should Bassett have eased her husband into her scene little bit sooner, or was it just best to keep it on the low like she did?