If you’re from the 70’s and 80’s eras, you probably remember the actress who played “Fanta” in the popular TV mini-series, “Roots.” She was “Kunta Kinte’s” (LaVar Burton) first love in the series. Her name is Ren Woods and just in case you missed “Roots,” you may recognize her from her many other roles, including roles in the films, “Car Wash,” “Hair,” and in TV shows like “What’s Happening,” “The Jeffersons,” “The White Shadow,” and many more. Well we have some recent pics of Mrs. Woods that will blow your mind. It’s been a long time since we seen her in “Roots” talking to her TV Daddy, O.J. Simpson, and we are pleasantly pleased with what we see…

FROM HOLLYWOOD TO HOUSEWIFE...BACK TO HOLLYWOOD 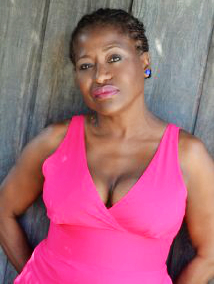 In an interview with the Pittsburgh Post-Gazette, Ren Woods revealed that in 2010 she tried really hard to step away from performing, away from Hollywood, and away from theater, but it just wasn't her style. She moved with her husband to Pittsburgh in 2010 when he had work there and she said she tried to live an incognito life and leave the entertainer, Ren Woods, behind. She kept her entertainment background away from those who were around her there, but soon her natural instinct to perform came calling.

"I was trying to be a housewife, which I'm really bad at," Ren said, laughing.

By 2013, she was back at it- on stage and performing in a musical stage play about her life. From there she hasn't stopped. Keep doing your thing Mrs. Woods, we see you!
Prev 1 of 4 Next