OMG! Monica Reveals Details Of How Her Step-Brother Almost Killed Her! 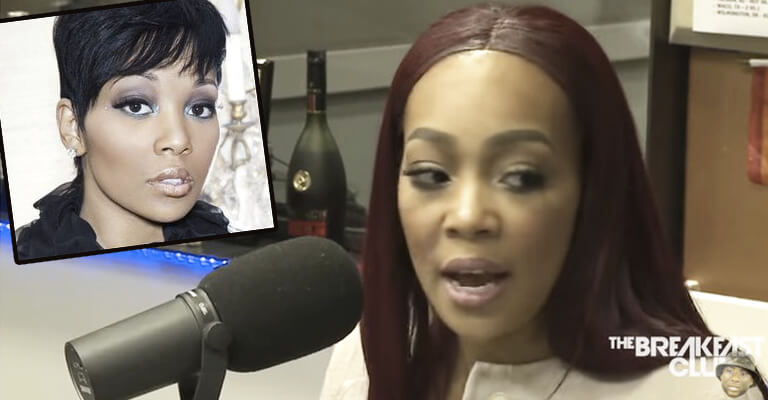 Singer, Monica, did an interview with Power 105’s The Breakfast Club recently and she revealed something that had the whole station in shock. She says that she hasn’t spoken to her step-brother in years. Why you ask? Well, because she says that he tried to kill her…literally.

It all went down one day when she, her step-brother, and his friend went swimming. In the interview, Monica tells the story about how her brother and his friend told her that they were going to walk her to the deep end of the pool, but that they would protect her and keep her out of harm’s way. Monica agreed and then as soon as the water was high enough to reach over her head, her brother let her go and stood back watching her drown. She said that she saw them whispering to each other and to this day she doesn’t understand why he did that to her. It was her step-brother’s mother who saw her drowning and ran out of the house to help her out of the pool. From that day on she has had a strained relationship with him, developed an intense fear of swimming, and talks to her kids about protecting themselves.

Check out what she said about this drowning incident below…

Monica can’t swim and her step-brother knew that. So doesn’t it sound like there are some deeper, underlying issues that are missing from this story? There must have been something else going on, because that doesn’t just sound like some normal ‘kids will be kids’ type of behavior. That was some aggressive behavior her step-brother displayed toward her. To his credit though, Monica did also say that her step-brother eventually tried to pull her out of the water after so long, but she was too far away for him to reach. Maybe he came to his senses and wasn’t really trying to kill her, but he almost did and because of that, it doesn’t sound like Monica will be in the forgiving mood any time soon.