Vanessa Williams and NBA legend Rick Fox’s 17 year old daughter, Sasha Fox, recently got glam’d up and whisked away to the prom, looking like a beautiful throwback version of her Momma during her “Dreamin” singing heyday in the late 80’s. In fact, Sasha could have actually borrowed Beyonce’s alias name for a day, because she was ‘fierce’ (hint, hint, for our Beyonce’ non-informed ILOSM family members: Beyonce’s alias is ‘Sasha Fierce’…get it?).

Vanessa posted a video clip to Instagram of Sasha getting ready for her prom and there were two things we noticed: She get it from her Momma! Gets what you ask? Her mother’s gorgeous looks and her taste in men.

Like her step-father, Sasha’s prom date was a Caucasian guy and both he and Sasha seemed really happy together on prom night. In Vanessa Williams’ captions on Instagram, she gave him a shout out and also made sure to get her props for the makeup job she’d done on her baby girl as well. Job well done Mom! Check out the video clip and prom pics below…

A post shared by Vanessa Williams (@vanessawilliamsofficial) on May 26, 2017 at 6:19am PDT 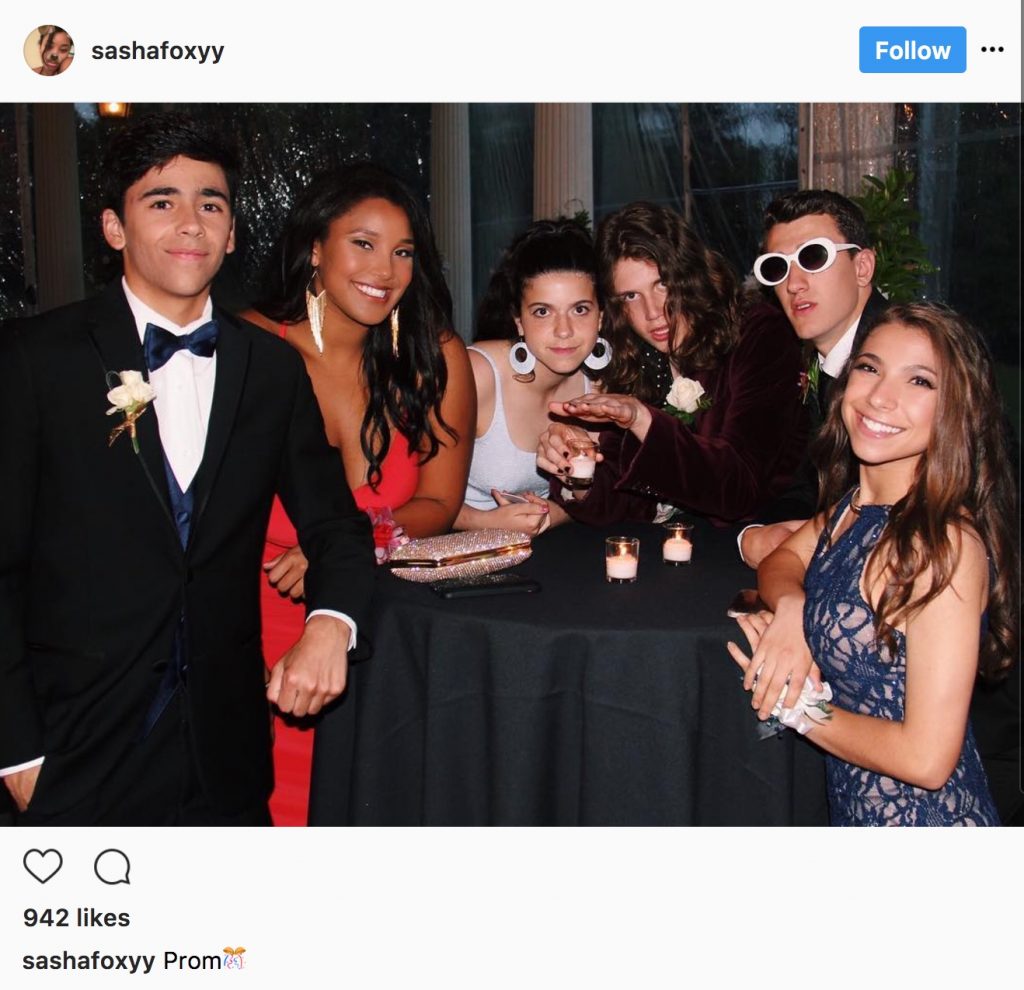 We didn’t see Rick in on the prom action, but we’re pretty sure he’s proud of his baby girl as well. He seems to have a close relationship with her…

Speaking of Sasha Foxx and her parents, some of you may recall when we reported on the surprise Mercedes her Mom bought her a few months ago…must be nice. When I was 17 I was glad just to get a fly pair of kicks! Times have changed!

Someone thought they were on their way to get a massage…So much fun surprising @SashaFoxyy! Happy Late birthday, early Christmas!

A post shared by Vanessa Williams (@vanessawilliamsofficial) on Nov 19, 2016 at 8:31am PST

On a random note, be sure to catch the hilarious new series Sasha’s mom, Vanessa, is starring in alongside Tichina Arnold (from “Martin”), and other fresh new faces in the acting game. It’s titled Daytime Divas and is inspired by Star Jones’ book about a group of catty women, hosting a daytime talk show, and all gunning for the top spot in the spotlight. Not sure if Star is trying to tell us something about her days as a co-host on The View, but it sounds interesting, especially after watching the trailer. Check it out below…

Tonight 10/9C Tune In to Greenleaf Season 2 on OWNTV

Lets not forget that aside from being an NBA legend, Sasha Fox’s Pops is a skilled actor. He’s currently starring as a recurring character on Oprah Winfrey’s OWN Network drama, Greenleaf, which also stars Oprah, Lynn Whitfield, Keith David, and many other recognizable faces. Rick plays ‘Darius,’ a news reporter who is investigating the many scandals that go down among the Greenleaf church family at their ministry, Calvary Fellowship World Ministries.