Oprah Explains What Inspired Her To Be More Freaky In Bed With Her Man, Stedman

We all know Oprah and her man, Stedman, go way back like hot combs and hair grease, but what doesn’t go way back for them is their history of opening up about their relationship, especially their sex life. Now, it seems things have changed, or else Oprah must have had one too many sips of her pomegrante Martinis (one of her favorites)…y’all know alcohol is “truth juice.” And tell the truth she did, when she opened up about why she decided to step her game up in bed with Stedman.

Oprah admitted her newfound sexual enticement came from a series on her OWN Network, “Queen Sugar.” In a prior interview with Entertainment Weekly, Oprah said she and Gayle got all hot and bothered (not towards each other) while watching one of the shows many sexual scenes, and it made her fantasize about  Stedman:

Via EW- Describing a scene where a character is laying in bed and opens up the blanket for his lover to hop in, Winfrey told Gayle: “Her [creator/director Ava Duvernay] sex scenes look damn sexy. You want to be that person,” she says. “It hits a sensual nerve. He is unhooking her bra, and you’re like, woah! I’m like, ‘I’m going to get Stedman [Graham] to unhook my bra and see what happens. Put your hand in my panty hose and let’s see what happens.’”

Alright now Oprah! Talking about getting freaky underneath your pantyhose…we ain’t mad at’cha! 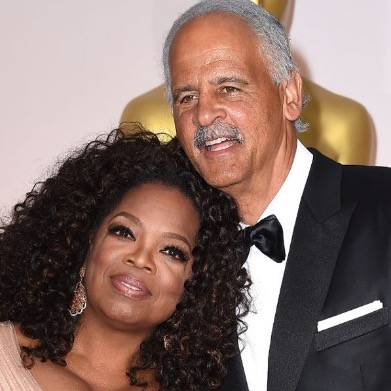 Via EW- While watching  another scene, where a male character swiftly picked up his woman to carry her to a spot to get their freak on, Gayle added, “God, I wish somebody would pick me up like that,” [laughing]. Oprah replied, “He’d probably hurt his back and fall into the pool. And that would ruin the scene.”

Ah well, thanks for that reality check Oprah. Of course we, Old Schoolers, gotta always consider the logistics of our freak sessions…blown out backs is a no-go. 😂