Paris Jackson Gets Tattoo Honoring Her Pops For 18th Birthday, How Cute 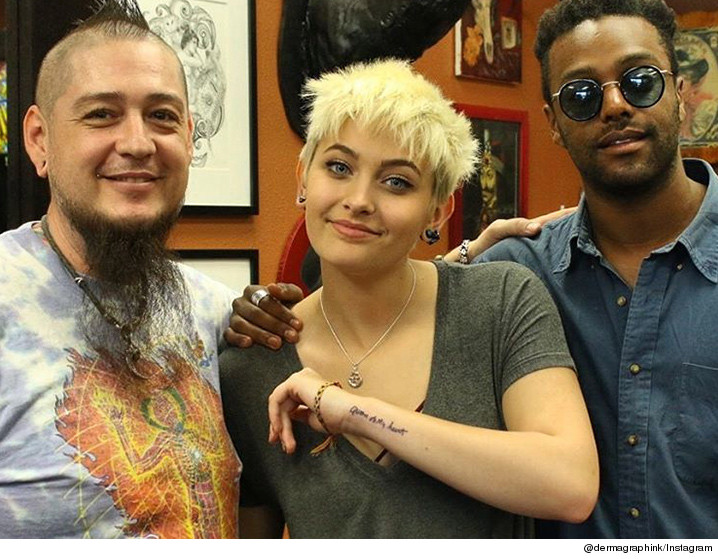 Paris celebrated her 18th birthday on April 3rd and she decided to make her adulthood official by doing something that would not require her to get Mama Katherine’s legal guardian authorization first- she got inked up at a tattoo parlor with her big cousin (Rebbie Jackson’s son), Austin Brown, right by her side.

She didn’t get just any ol’ tat’ though, her tattoo paid tribute to her Pops, Michael Jackson, and she put a very touching message about her father and her new tattoo on her Instagram page…

PARIS POSTS THE MEANING BEHIND HER TATTOO HONORING MJ 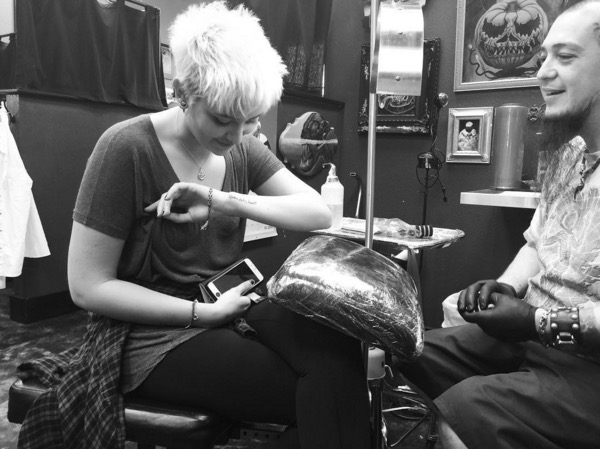 She got a tattoo in honor of her father and posted a caption on her Instagram page alongside her tattoo photo: "'Queen of My Heart' written in his handwriting. To everyone else he was the King of Pop. to me, well, he was the king of my heart." MJ would be so happy to see his lil' princess growing up and coming into her own. She is becoming a tough woman who is faced with an unfair amount of attention based n who her Pops is, but she and her two brothers seem to be handling it pretty well. BUT the one thing we hope she focuses on next is her new 26 YEAR OLD BOYFRIEND. Maybe Paris needs to RECONSIDER dating him and here is why>>>