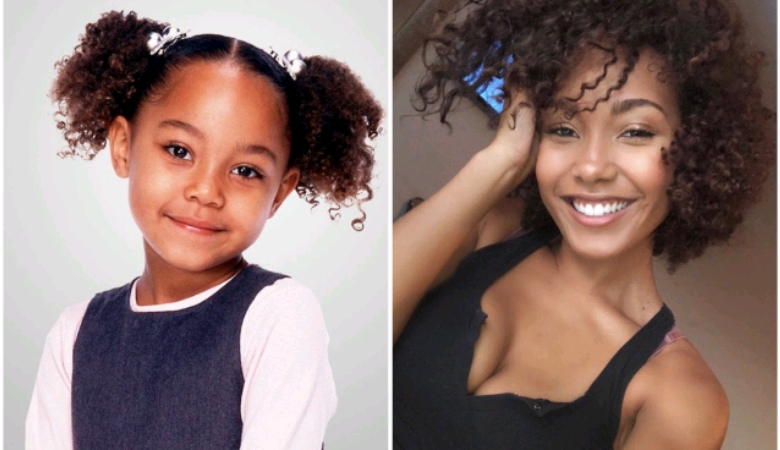 According to BET, Posey has been in an on-and-off relationship with Queen Naija’s ex, Chris Sails. While it’s rumor that Sails is the suspect who put hands on the former child star, it hasn’t been confirmed by either party.

Parker Posey, 23, took to Twitter to vent some insightful, cryptic tweets regarding the recent changes in her life.

Reportedly, Parker McKenna Posey either posted and immediately deleted the photos, or one of her friends anonymously sent them to a source.

Nevertheless, as you can see, it’s clear that Posey hasn’t been in the best situation recently.

In an advisory tweet, from one sis to another, Queen Naija basically told Posey to get her life back: “Get your life back baby girl if you feel like it’s been drained from you.”

NOTE: Queen Naija and Chris Sails were once married and now share a son. Also, they used to share a YouTube channel together as a celebrity couple.

BET states that Sails was caught in a cheating scandal in 2017 which reportedly resulted in the couple’s divorce. But now, Naija is expecting a child with Instagram star Clarence White. Sources say they began dating in 2018.

All in all, according to the “My Wife and Kids” star, she had an image in mind concerning how she thought her relationship should be — rather than seeing it in its true state.

“I want my body & my life back 😫🙏 haven’t been feeling like myself lately but it’s time to snap out of it!! Just need some family time & some good food! 🙊”

I want my body & my life back 😫🙏 haven’t been feeling like myself lately but it’s time to snap out of it!! Just need some family time & some good food! 🙊 pic.twitter.com/F1ddAB3sYb

Chris Sails has also jumped on social media to address the situation, supposedly.

Rightfully so, Posey’s sister mentioned as follows concerning the situation.

“I can’t wrap my mind around how a man can make a song to capitalize off of putting their hands & getting violent with a woman smh #clownsh*t.”

And while singers generally write and sing about their lives, Posey’s sister is right. Romanticizing domestic violence is pure clown s**t.

Far too many Black couples experience DV on a regular basis, and it’s an apparent plague to the community.

And to know even “Kady” is caught up in such a situation?? Simply heartbreaking.

Let us know your thoughts about Parker McKenna Posey’s domestic violence experience. If you have any comments, feel free to share them via our Facebook page.

FYI: If you haven’t done so already, please take a moment to change Facebook notifications for I Love Old School Music to “See First,” so you catch any breaking news or trending stories from us on your timeline.