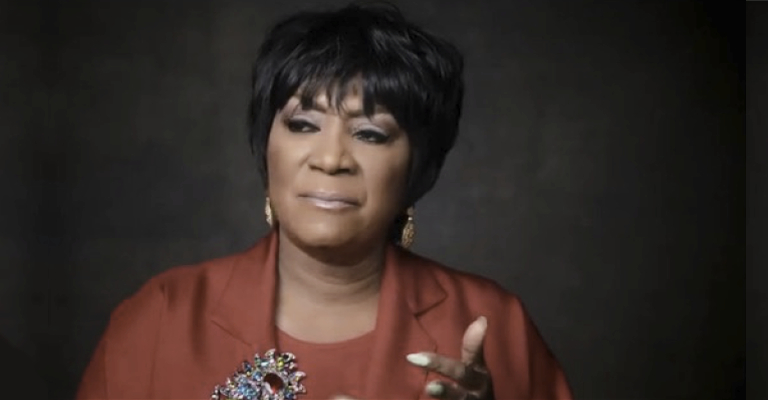 Many may know that Labelle sadly lost all three of her sisters- Vivian, Barbara, and Jackie- before their 44th birthdays to cancer. But what’s widely unknown is that Patti revealed, in her book Don’t Make Excuses, that she did something to her sister, Jackie, that she’ll forever regret: She denied her of her dying wish. Check out the book excerpts below:

PATTI ON WHAT SHE DID TO HER SISTER

Patti Labelle: Most people have no idea why it has become so important to me to reach out to so many others. I say “yes” every chance I get now because once when it really, really mattered, I said “no.”

It was such a little thing that my sister asked of me. I’ve done much bigger things for perfect strangers. And anyway, how long would it have taken me to do it- fifteen, twenty minutes, tops? But I said “no.” … There wasn’t a good reason. […] I just didn’t want to do it. I had been going back and forth to the hospital for days and I finally had a quiet moment at home to relax. That’s when the phone rang. It was my sister. She wanted me to do her a favor. The chemotherapy treatments had made her so sick she didn’t want to touch any of that hospital food…

THE CONVERSATION FROM SISTER’S DEATH BED

“Please, Patsy,” she [Jackie] said. “I’m hungry- hungry for one of your egg sandwiches. It’s the only thing I have a taste for. Will you make it for me?”

After that phone call my sister got worse. Much worse. And later never came. She was on a respirator and in and out of consciousness. Days after that call, she died. The thought kept tormenting me- that I refused to do one thing she asked of me, the one thing that could have given my sister a small amount of pleasure as she was about to leave this world. – Patti Labelle

Patti also revealed that the reason she’s crying so much in her “If You Asked Me To” video, is because she had to shoot it the the next day after burying her sister, Jackie…it was also Jackie’s birthday. Patti said it was very dreary because she only thought of how she selfishly didn’t fix her sister the egg sandwich. Her then-husband, Armstead Edwards, and their son, Zuri, accompanied her to the shoot for support. Here’s what she said happened next:

Patti: When the shoot began, it was just me- standing all alone in the spotlight dressed in black. […] I had never felt so alone in my life. That was as it should have been because I was alone in my pain and there was no one else to blame for what I was feeling but me.

That’s all I could think about as I gave the director the signal I was ready to begin. Maybe I was being punished. Maybe I deserved to be. Maybe it was poetic justice that I would have to sing this song, these words, this day: “If you asked me to I just might change my mind, and let you in my life forever…All you gotta ado is ask me to; I’ll give you my world, I’ll give you my heart, I’ll give you anything; just ask me, baby.”

TO DEAL WITH HER PAIN, SHE RAN:

God how do I live with so much heartache? I had no clue. To cope, I threw myself into my work. I toured the country like a mad woman. […] As long as I kept moving, I could run away from my guilt and my grief, from my feelings and my fears and most of all from the bottomless pit of pain in my heart. I wrapped my very soul in my song. I had to. For comfort, for consolation, for camouflage.

Like we always say, celebrities have accomplished a high level of greatness, but they’re not perfect. They’re simply perfectly flawed human beings, just like the rest of us. Much respect to Patti Labelle for sharing her beautiful, perfectly flawed self with all of us.