Actress, Sanaa Lathan, loves cheesin’ it up for the cameras alongside the beautiful masterpiece that is her Mom…and trust us, these queens are a sight for sore eyes.

The 50-year-old actress’s mother, Eleanor McCoy, is a former dancer who was married to Sanaa’s popular pops, Stan Lathan, from 1970 to 1977. If his name sounds familiar, it’s because you’ve probably seen it in the credits of one of your favorite sitcoms, comedy specials, or realty TV shows.

Stan (76) is a renowned director and producer, who’s had involvement with everything from Sanford & Son, to Def Comedy Jams, BET’s Househusbands of Hollywood (starring Kevin Hart, Duane Martin, Boris Kodjoe, Nelly, Nick Cannon, J.B. Smoove), and several other projects. So yeah, Sanaa comes from a very artistically expressive fam.’ Now that we’re caught up on her parents’ history, let’s get back to the beautiful photos of Sanaa and her Moms that has her fans talking…

We already know Sanaa is gorgeous, but in their recent photos, it was Mama Eleanor’s beauty that stole the WHOLE show!

Fans were surprised by how flawless Eleanor still is in her late ’60s (or maybe early ’70s…we’re not sure). To say the ever-so-appropriate term, ‘she git it from her Momma,’ is an understatement, when it comes to the powerful genes that Ms. McCoy clearly passed onto her baby. Check out their pics and a few fun facts about Sanaa and Moms below…

Remember we mentioned that Sanaa’s mother was a dancer? Well here are a couple Old School fun facts about her dancing days: 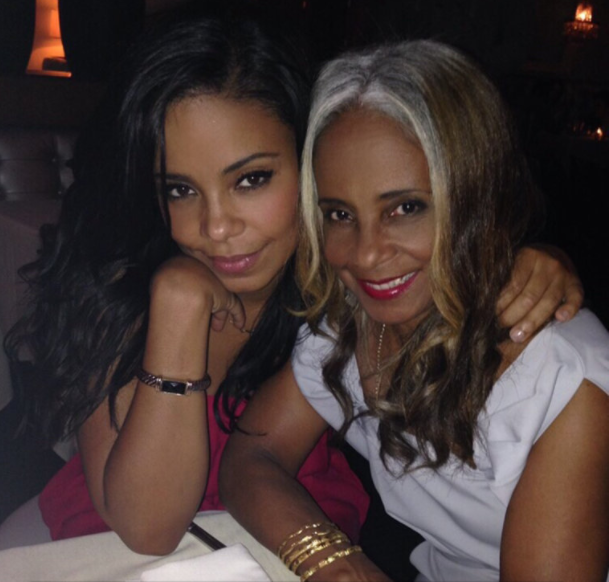 1. Eleanor was one of the dancers in the Wiz theatrical Broadway play and Sanaa remembers how she always brought her to the shows as a kid:

Via Philasun– Sanaa: “I grew up in the theater. My mother was one of the original Alvin Ailey dancers, and was in ‘The Wiz’ and ‘Timbuktu’ on Broadway – and Eartha Kitt was in ‘Timbuktu.’ So as a very young kid, I was around Eartha Kitt all the time. My mother says I was always imitating her and doing her little growl.”