Do you remember when Phylicia Rashad (69), was married to NFL legend, Ahmad Rashad (68), back in the day? We thought they’d last forever, their marriage ended in 2001 after 16 years of marital bliss.

Where Is The Love?

It seems like Ahmad has been looking for love in various places ever since. But now been married for  over a year, to a woman who’s damn near the same age as he and Phylicia’s daughter. 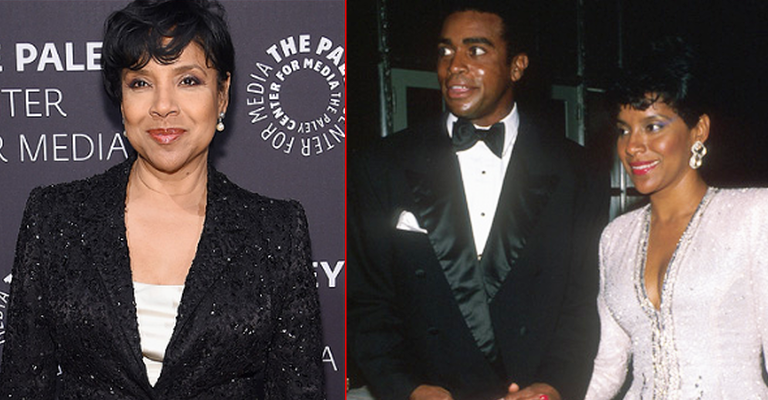 Well, if you didn’t know Ahmad married his new ‘young tender’ bride in May  of 2016, but ther’s lots of interesting information about their marriage. Before we get to his new wife, here are 3 interesting facts about Ahmad’s wives…

After divorcing Phylicia, Ahmad surprised everybody when he married his fourth wife, Sale Johnson, in 2007. Sale is ex-wife of Johnson & Johnson heir and New York Jets owner, Woody Johnson.

When she first began dating Ahmad, many accused Ahmad of being a male gold digger. Why? Because the consensus was that she was older and completely different from what was previously considered to be his “type” of woman, and also because she received $100 million in her divorce settlement from her ex-husband, Woody. 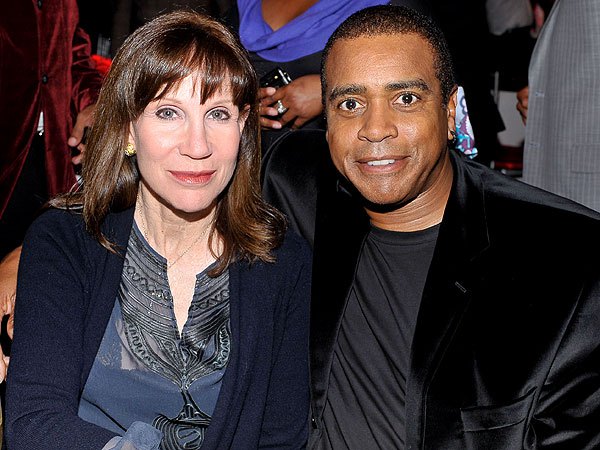 Sale and Ahmad divorced in 2013 and share custody of their young adopted daughter (who is actually the adopted daughter of Sale’s deceased biological daughter). Their divorce was reportedly ugly and it was even reported that Sale Johnson had locked Ahmad out of their lavish gated Florida community (where Michael Jordan and Tiger Woods also call home) and country clubs; and that she’d allegedly hired extra guards to keep Ahmad out of her $5 million home.

Fact #2: Ahmad’s New Wife Is The Same Age As His Daughter!

The beautiful Condola Phylea Rashad is also an actress like her mother, Phylicia Rashad. In 2012 she starred in the remake of the film, “Steel Magnolias,” alongside her mother and Queen Latifah. Condola also was a big hit on Broadway for her portrayal of “Juliet” in the 2013 play, ‘Romeo & Juliet.’ She’s currently starring in the Showtime drama series, “Billions.” 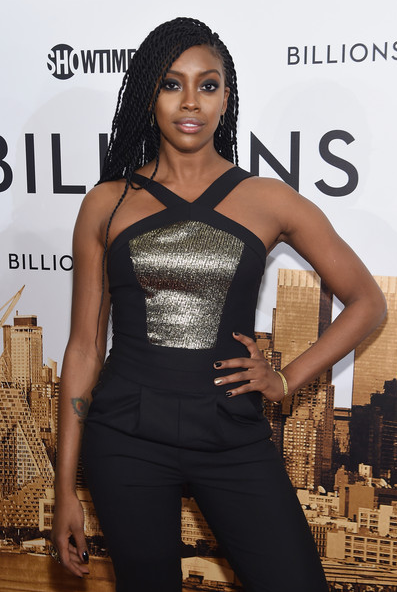 The Billions star’s boyfriend, fellow actor Sebastian Vallentin Stenhøj, proposed to her on a boat ride during their Mexico vacation.

After accepting the proposal, Rashad, 30, happily shared the big news via Instagram when she posted a video of the moment, which was hilariously narrated by her sister, who was equally elated and surprised.

“The absolute best day of my life, ever. My best friend my fiancé and the most beautiful girl in the world… she SAID ‘YESSSSSSS’,” Stenhøj wrote as he posted the video of the big moment.

When Rashad shared the news, her excitement and joy was evident: “Sebastian!!!!!!!!!!! The surprise!! The shock! My sister’s commentary in the background is to die for.” 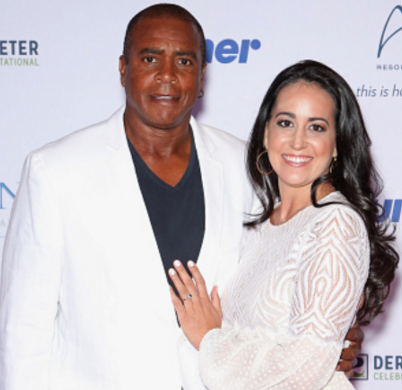 Here is Ahmad Rashad’s 5th new blushing bride, Ana Luz Rodriguez-Paz, who is is a Miami, FL. based couples therapist. Ana’s much different from Phylicia Rashad, but she does have something in common with Ahmad’s and Phylicia’s daughter, Condola, though- their age. Condola Rashad will be 32 years old in December, and Ana is now 36. They could have practically gone to the same schools together. Is the 33 year age difference between Ahmad and his new bride an indication that he’s going through some type of late mid-life crisis, or is this the real deal? Only time will tell, but hopefully for Ahmad Rashad, 5th time’s the charm.

Their marriage license shows that they were hitched in a ceremony led by one of the bride’s family members in Palm Beach Gardens.  As for his fifth wife, Rodriguez-Luz runs a successful psychology practice with offices in Boca Raton and Miami after getting a degree from NYU.

In 1985, Rashād married Cosby Show actress Phylicia Ayers-Allen, to whom he proposed on national television during the pregame show of NBC’s broadcast of the Thanksgiving Day football game between the Detroit Lions and the New York Jets. If you hadn’t ever seen it…here it is:

So What’s Going On With Him Now?

Well, the former NFL wide receiver and longtime sportscaster Ahmad Rashad is selling one of his homes in Palm Beach Gardens, FL. Listed for $740,000, the place is perfect for a golf fanatic. The property is located in the luxury Frenchman’s Creek Beach & Country Club community, which boasts two golf courses, one of which backs up against the home.

There isn’t much information about the couple now, as neither one of them rarely use social media, and seem to stay out of the public eye together. Rashad also maintains a place across the street from his friend Michael Jordan in Jupiter, FL. Perhaps Rashad is selling off this duffer’s paradise because he’s busy on the links with the NBA legend in Jupiter.

Built in 1990, Rashad’s Palm Beach Gardens home measures 2,692 square feet and has three bedrooms and 4.5 bathrooms. It looks like Rashad was using the home as a bit of a man cave, complete with cinder block shelves of vinyl albums and TVs lining the wall to catch every game.

The Minnesota Vikings announced that former receivers Randy Moss and Ahmad Rashad will join the team’s Ring of Honor at some point next season.

“They were great players who made their marks on the NFL during their careers and were highly respected by teammates and opponents,” Vikings president Mark Wilf said in a statement. “They are as proud of their Vikings roots as we are to have them in our football family forever.”