Phyllis Hyman Didn’t Play: Here’s Why She Once Went Off On Bill Withers In The Worst Way 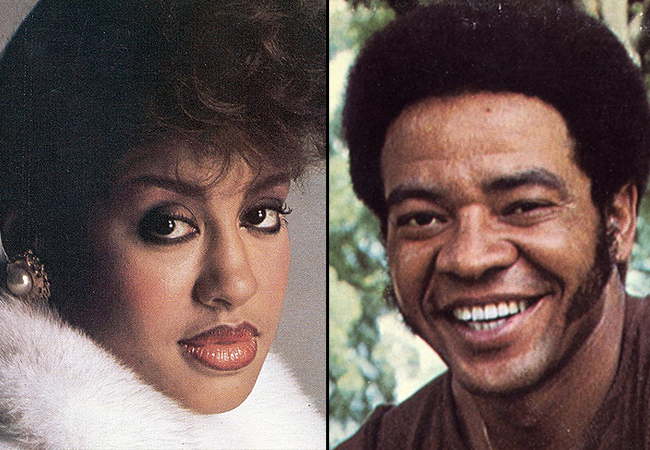 Phyllis Hyman revealed in her book, “Strength of a Woman,” why she and “Lean on Me” singer, Bill Withers, once had a very public and heated argument.

Our beloved Ms. Hyman was a beautiful and incredibly talented woman, but when you got on her last nerve (like they say down South), she had NO problem giving you a piece of her mind at the drop of a dime. This was the case one night on tour with Phyllis, Bill Withers and singer, Regina Belle.

Phyllis said that she and Bill somehow got into a loud, heated argument backstage in front of Regina Belle and others, and that she didn’t hesitate to throw a verbal jab at him when she said this to him:

Ouch! Now of course, Bill was not by any means going to do that to her, but Phyllis admittedly was just making sure she hit him where it hurts, so to speak. For those who don’t know, Denise Nicholas is the actress best known for her role in “In The Heat of the Night” and Bill Withers was dead smack in the middle of a media frenzy, as rumors were spreading like wildfire after his divorce from Denise. Denise and Bill were allegedly involved in a really stormy relationship and there were rumors that there was a domestic violence incident, although that was never proven as far as we know. So needless to say, Bill was pissed and I guess he learned that day that nobody better not EVER get on Phyllis’ bad side because our girl didn’t play that…LOL.

Bill is typically a really laid back and logical kind of guy though, so it must have been pretty bad to get him all hyped up like that. What Bill eventually said about the incident was that people like Phyllis and a bunch of…