There’s only one word to describe Jayne Kennedy’s career – exceptional. While still in high school, she was crowned Miss Ohio 1970. Although Jayne was known for turning heads with her strikingly beautiful looks, modeling wasn’t her only talent. She also made a name for herself as one of the first women to break through the male sports world as a commentator on the CBS NFL Today. 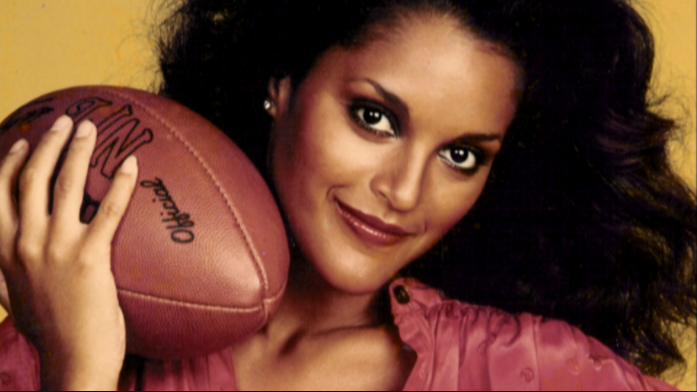 In addition to modeling and working as a sportscaster, television personality, and producer, she’s also a writer and philanthropist. At the peak of her career, Jayne was considered a sex symbol. Now, at the age of 65, not much has changed about Jayne. When she stepped out for her 65th birthday party, she turned heads like she always does and she’s more beautiful than ever!

A post shared by Jayne Kennedy Overton (@jaynekennedyoverton) on Nov 1, 2016 at 1:31am PDT

From the looks of Jayne’s birthday party, it went off without a hitch. The celebration was as wonderful as most fans would probably expect. A number of celebrities also stepped out for the big event. Check out the footage from Jayne’s big event:

At the height of her career, Jane was one of the most known faces in sports broadcasting but all of that changed when she was diagnosed with endometriosis. During a previous interview with USA Today, Jayne opened up about the illness she suffered that ultimately led to abrupt changes in her career. “In the early ’80s, I had an exercise video called Love Your Body with music by the Commodores, which was third in the market after Jane Fonda and Richard Simmons. I had a contract with Coke for Tab and Diet Coke. We did the tie-in with fitness and diet drinks,” she recalled. “Everything was going so well. Then quickly, it got to a point where I couldn’t even do a sit-up. The pain was so debilitating.”

Then, she discovered what the problem really was. “Finally, my doctor said, ‘I’m going to have you tested for endometriosis. Don’t worry about it, you probably don’t have it, but let’s run the test anyway,'” she says. “We did an ultrasound and he said, ‘Yup, you have it.’ That was the first time I heard of endometriosis.” At the age of 28, she was diagnosed with the debilitating illness.
Despite the diagnosis, Jayne has managed to persevere. The daunting experience opened the door for another inspirational journey for Jayne. Now, she’s written a book about her life in the hope of inspiring someone else to embrace perseverance, as well. During a previous interview, Jayne discussed her book Plain Jayne and offered details about what fans can expect…

So great to hang with my #1 Baby Girl tonight at the 75th Annual Didi Hirsch Mental Health Center – Erasing The Stigma Awards. Usually she's too busy for little ole me. But it was a great night for a great cause. #DrKitaCurry #MelissaRivers #GeorgeSegal and more #didihirsch #Awards #JayneKennedyOvertonOriginals #jkoriginals

“It’s called ‘Plain Jayne’ and it’s about the process of living. It takes you through the four stages of my life, the first one being Jayne Harrison, my maiden name. And it’s about growing up, and the values my parents taught me, made me who I am, Jayne Kennedy, which is Hollywood’s wife, and all of the things in the industry. And then Jayne Overton, which is about being a mom, and family values, the importance of that particular part of my life. And then ‘Plain Jayne,’ the last part of the book is about finding who you are authentically. It’s not about being somebody’s title, not somebody’s daughter, wife, or mother, but finding out who you are, your authentic self.”