(Update) Prayers Up: DMX’s Team Gives More Details After He Is Hospitalized In Critical Condition 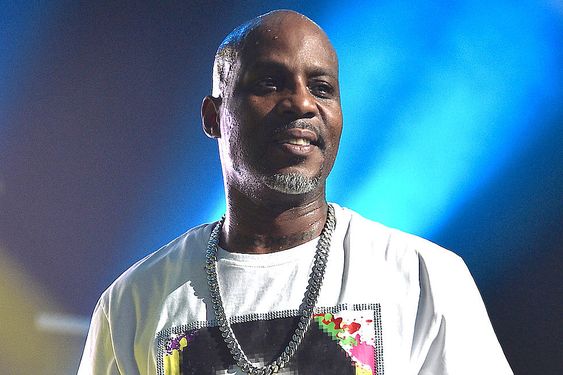 UPDATE 10:30 p.m.(ET): DMX remains in ICU. On Saturday evening, his rep’ and loved ones offered several updates regarding his current condition, as he continues to fight for his life. Here’s what was reported:

Via TMZ– Official statement from DMX’s rep … “Last night Earl ‘DMX’ Simmons was rushed to the hospital after collapsing at home. At this time he remains in ICU in critical condition. Earl has been a warrior his entire life. This situation represents yet another road he must conquer.” The rep goes on … “The Simmons Family appreciates the overwhelming outpouring of heartfelt love, encouragement, support and prayers for Earl. Earl is someone whose life and music have been a source of inspiration and strength to so many people around the world. It is reassuring to see his fans return that same passion and energy to him during his time of need.”

One of DMX’s family members also revealed that X’s children are flying in to see him at a White Plains, New York hospital. X’s relative also disclosed that ‘paramedics tried resuscitating him for 30 minutes, and during that time he was deprived of oxygen. Doctors told the family the lack of oxygen severely impacted X’s brain. One family source said, “It’s not looking good.”‘

ILOSM family, we’re sending our thoughts and prayers to rap legend, DMX, at this time. It’s just been reported that he is currently in the hospital after overdosing on Friday (April 2, 2021), night. His condition is ‘not good’ right now. Details below…

According to TMZ, DMX is in a possible “vegetative” state:

Sources close to the rapper tell TMZ, the OD occurred at his home at around 11 PM. Our sources say the overdose triggered a heart attack.

DMX was rushed to a hospital in White Plains, New York and is in the critical care unit. We’re told he has “some brain activity.” Another source says he’s in a “vegetative state” and doctors have cautioned he may not make it.

As is widely known, DMX has openly shared his off-and-on battles with drug addiction. His most recent struggle was in October 2019, when he checked himself into a rehab facility, shortly after serving a 12-month prison sentence for tax evasion. Though he reportedly was not on drugs at that time, X felt that he might quickly delve back into his addiction, had he not gone to rehab then. At that time, here’s what DMX’s team reported:

“In his ongoing commitment to putting family and sobriety first, DMX has checked himself into a rehab facility. He apologizes for his cancelled shows and thanks his fans for their continued support.”

Ever since his 2019 rehab stint, X appeared to be very healthy and doing much better. In fact, his Verzuz battle against Snoop Dogg in July , showed DMX in an apparently vibrant and healthy state as well.

And just about a month ago, DMX seemed to be well in his Drink Champs interview on the Diddy-owned Revolt TV Youtube channel…

It’s unclear when the Ruff Ryders legend may have fallen back into his deep addiction, but we sincerely hope DMX pulls through his current condition 100%.

Our thoughts and prayers are with him at this time. 🙏🏾