Spokesperson Gives Update On Cause Of Brandy Falling Unconscious On Plane

*See update below* ILOSM family we’re sending one up for Brandy Norwood today. Word just got out that she is currently hospitalized after suffering a sudden illness on a Delta Airlines’ flight. She fell unconscious while on the flight and according to TMZ, she had to immediately be rushed to the emergency room upon landing.

The following statement has now been posted to Brandy’s Twitter page, stating that she “has been released from the hospital and is now at home resting” and that her falling unconscious on the airplane was the result of “stress” and exhaustion from traveling “more than 10 long haul flights, including internationally” in recent days. See the full message her spokeperson released below: 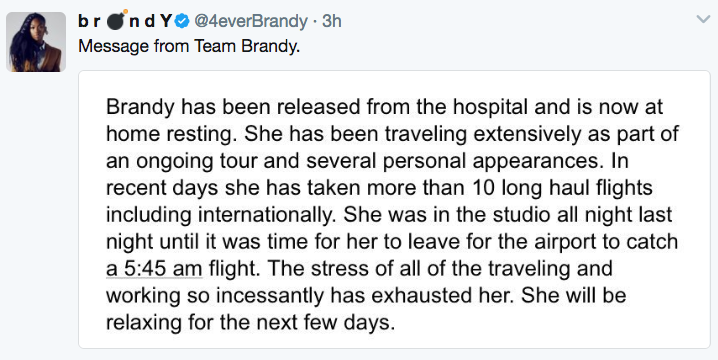 See the original details of what happened to Brandy earlier today: 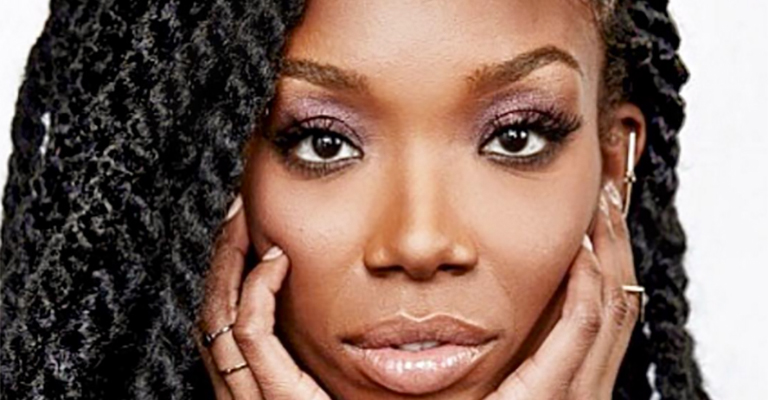 Via TMZ: Brandy Norwood fell into unconsciousness on a Delta flight that was about to take off … and paramedics rushed to the scene to administer help … TMZ has learned. Law enforcement sources tell us Brandy was on a Delta flight early Friday from LAX to JFK. Before the plane pulled out of the gate Brandy lost consciousness and passengers and flight attendants scrambled to help her.

We’re told Delta contacted the L.A. City Fire Dept. and paramedics arrived quickly and removed Brandy from the plane. We’re told she regained full consciousness while she was being treated on the jetway. Our sources say Brandy was stable and taken to the hospital. Story developing …

Brandy is a committed vegan, who lives a very healthy lifestyle. So her sudden illness comes as a surprise to many of her fans. Typically she’s like the clean bill of health and is also very active and physically fit. But this just goes to show that no one’s exempt from getting ill every now and then…it happens to all of us.

We’ll keep y’all posted as we get more info. In the meantime, let’s send positive energy and well wishes to Brandy right now. Hopefully she makes a speedy recovery and this isn’t anything too severe.