Prince’s estate is still going at it with Jay-Z, Roc Nation, and his Tidal streaming service. This time though, they’re trying to turn it up a notch. Many of you may recall when we previously reported that Prince’s music was being streamed on Tidal in a deal that Prince inked with Jay Z’s company in 2015. 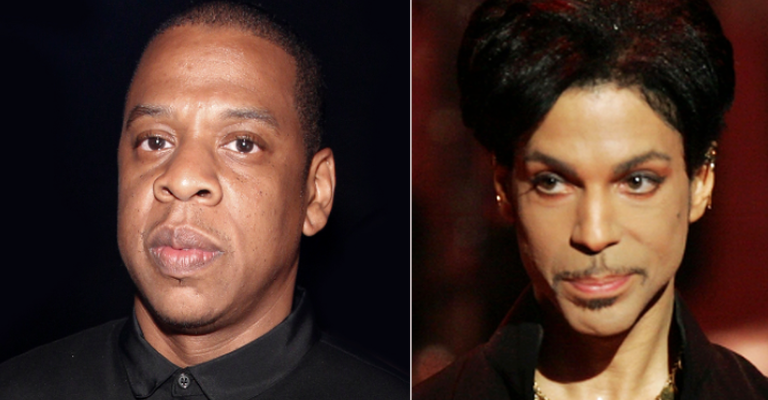 The Prior Legal Battle Between Jay Z and Prince’s estate

According to Jay-Z, Prince personally gave him his blessings and agreed to two deals with Tidal and Roc Nation: one to stream music Prince’s 2015 HitNRun album on Tidal; and one to stream most of Prince’s music catalog exclusively on Tidal. Both Tidal deals were reportedly were signed off on by Prince in 2015. The reason why Prince’s NPG Records is now fighting Jay-Z in a pending court battle, is because a big $31 million mess was created after Prince’s passing in 2016.

In a nutshell, Attorney Londell McMillan, the former advisor to Prince’s estate (and also Prince’s former longtime attorney) inked a $31 million deal with Universal Music Group (UMG), on behalf of the estate. The deal would allow UMG to exclusively stream most of Prince’s highest selling music catalog, spanning from 1979 to 1995. Jay-Z and Tidal however, are like “Hell to naw!’ because Jay Z has maintained that Tidal and Roc Nation actually has exclusive rights to Prince’s music catalog for 5 years. UMG has now slammed McMillan and is trying to back out of $31 million deal, claiming that McMillan mislead them about the rights of Prince’s catalog.

In an effort to block Jay-Z’s company and presumably still get that $31 million deal done with UMG, McMillan initially filed a lawsuit against Tidal. However, now that McMillan’s no longer advising Prince’s estate, NPG Records has taken over and is continuing the lawsuit.

So here we are today, with the estate now claiming that Jay Z and his companies are lying through their teeth over the rights they say Prince gave them to his music:

Via TheBlast: According to court documents obtained by The Blast, NPG Records now says they uncovered evidence that the alleged contract the defendants are relying on was “fabricated and back-dated to appear authentic.” “Tidal Entities refuse to provide basic information about the contracts they claim they had with Prince,” NPG says. “The Tidal Entities claim that they do not need to answer interrogatories regarding the basis for contracts allegedly formed orally and through a course of dealing because the topic is ‘better suited to deposition.’”

And just in case y’all needed a reminder about how Jay-Z feels about all of this Prince drama, here’s what he had to say after attorney Londell McMillan struck up that lawsuit against him:
From Jay-Z’s song, “Caught Their Eyes,” off his 4:44 album:

JAY-Z’s diss: “I sat down with Prince, eye to eye/ He told me his wishes before he died / Now, Londell McMillan, he must be color blind/ They only see green from them purple eyes. […] This guy had ‘slave’ on his face/ You think he wanted the masters with his masters?/ You greedy bastards sold tickets to walk through his house/ I’m surprised you ain’t auction off the casket.”

McMillan told Billboard: “I like the beat, but I wonder who he thinks helped Prince to take ‘slave’ off of his face. It was a homie Jay Z grew up with in the same neighborhood, Londell McMillan.”

Prince Reportedly Revealed What He Wanted Months Before His Death

According to Stereogum, in December 2015 Prince explained to Ebony Magazine, why he agreed to give exclusive rights to Jay Z’s Tidal:

Via Stereogum: “HITNRUN sounds like today. Tidal is sinking money into it and they need it. And my heart is always on because I want them to do well. [Beyoncé and Jay Z] have taken a lot of abuse, their family has. A historic amount of abuse between the two of ‘em. And when we win on this, none of us’ll gloat. He’s not the gloating type anyway. He’s slick with his. He says to brush the dirt off your shoulder. ‘Y’all just need to stop. Just calm down! Everybody calm down! There ya go,'” explained Prince.

And on why he chose Tidal over Spotify:

Via Stereogum: “My thing is this. The catalog has to be protected. And some of our fans were actually disingenuous. Taking the time to get their playlists together and yeah, it’s gone. Now you got to actually go subscribe to get the music that you lost on Spotify. Spotify wasn’t paying, so you gotta shut it down,” said Prince.

Looks like this is gonna be long legal battle. Rest on Prince.